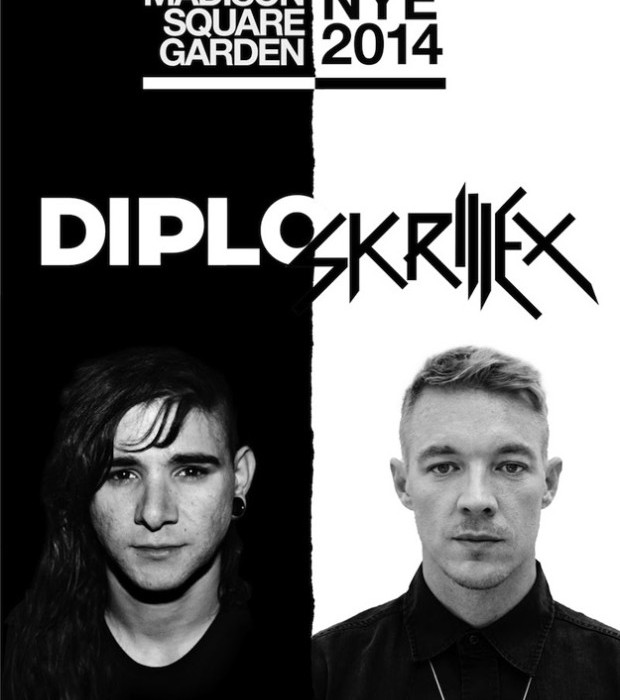 When Electric Zoo 2014’s third day was shut down for the second year in a row a lot Skrillex and Diplo fans were disappointed that they would not be able to see these world-renown DJs spin together under the moniker Jack U. Many fans felt shorted, and rightfully so, because a lot of them persevered through 2 scorching days in New York City’s heat in hopes of making it to the last day, to see these 2 super producers spin the very last set of the weekend at Main Stage West. Skrillex did a good job of keeping all the complaining, and curious fans at bay by tweeting that Jack U would be returning to New York City, but when, he did not say.

Wanted to say I'm so sad we couldn’t do Jack U at EZOO tonight was 100% out of our control. We are gunna come back to NY and make it up

Fast forward two weeks to yesterday, and the official announcement had been made; Jack U would be headlining Madison Square Garden on New Years Eve. Initially it seemed that the announcement was made a little preemptively. There was an announcement made on TicketMaster’s website, that ended up being removed shortly after. After word spread that the announcement had been made on TicketMaster we jumped on their mobile website, searched “Skrillex” and in the middle of loading the site, it froze. We were lucky enough to find the information we wanted (See below). After taking a screenshot, and hitting refresh, the Madison Square Garden New Years date had been removed. A couple hours and a Bandsintown email later, and the announcement had truly become official; Jack U would be headlining The World’s Most Famous Arena, on the arguably the biggest party night of the year. For the past 4 years, December 31st was home to Phish, another huge name in the music industry with a very loyal cult following. Word is they will be performing in Miami this year, which isn’t a bad location to change to, especially given how cold New York City can be at that time. And if you’re Phish, and you have to give up your Madison Square Garden, New Years residency to someone, who would you rather give it to than Skrillex?

httpv://www.youtube.com/watch?v=BhZCRMsY_50 Eric Prydz became, arguably, the standard in progressive house with his Pryda album and U.S. tour that dominated the summer, he pads his…