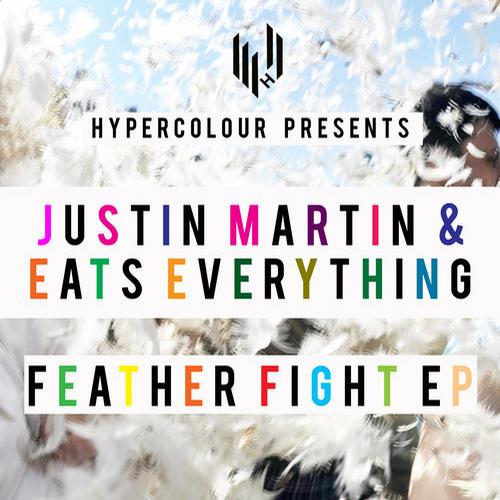 Justin Martin and Eats Everything are back on a collaborative two-track EP called Feather Fight. After Eats took on a monstrous remix of Justin’s “Ruff Stuff” late last year, fans of their trademark booty bass have been anticipating this release for some time, with both tracks littered throughout Dirtybird sets in the past months. The title track features a long and steady climb, dropping into a back and forth pillow fight between synth-laden electronica and funky basslines. Harpy, on the other hand, creates a peaceful ambience that’s only interrupted by an earth-shattering bass riff. With both tracks proving to win over crowds at marquee events like Holy Ship!! and BPM, this one is another win for Hypercolour.

An impossible artist to categorise, the innovative Mat Zo delivers one of his most forward-thinking Anjunabeats releases to date in the appropriately titled ‘Superman’….