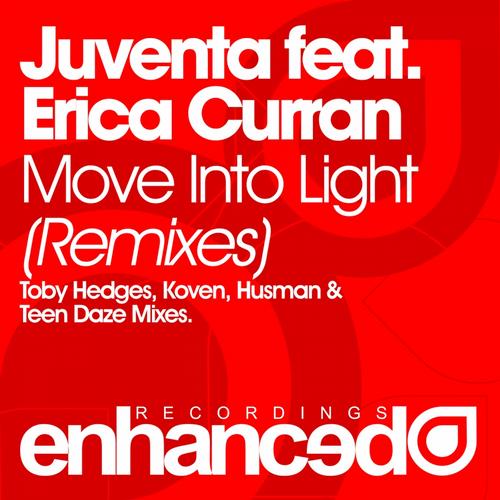 Following up on the great success the original mix saw, Juventa’s ‘Move Into Light’ goes under four makeovers to yield four very different remixed versions of the track.

Toby Hedges, who was featured on Dash Berlin’s #MusicIsLife #Deluxe album for his remix of ‘Apollo Road,’ takes a progressive trance approach with his remix of ‘Move Into Light.’ Out of the four remixes, Toby Hedges’ sounds the most like the original track. Hedges smooths out the choppy breaks present in the original mix to produce a steady flowing track.

Koven gives ‘Move Into Light’ a serious face-lift, transforming it into a grinding, dubstep track with underlying drum kicks. Erica Curran‘s vocals are still prevail in between the chorus’ breakdowns.

Husman chose to further emphasize Erica Curran’s angelic voice by dropping most musical support during her verses. Husman’s remix begins with a very trouse-y entrance- heavily relying on grinding synths to carry the tune. The music momentarily breaks away for Erica Curran’s vocal interlude before building up to a drop and reintroducing the trouse-y grind for the finish.

I recently started listening to releases from Fake Blood’s label Blood Music, and I have been extremely impressed with the uniqueness and quality of…