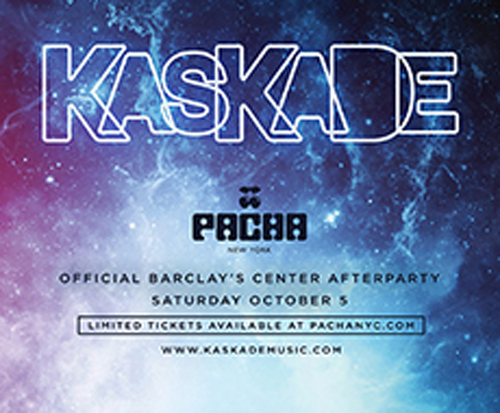 It’s something that continues to occur throughout all of the United States and raising eyebrows. Big name DJs are following up massive arena events that on their own are selling out the box office. Tens of thousands audience members attend and set with the average length of two-hour set is enjoyed by all. The end? – Think again!

A car ride away is a club waiting for the same headlining DJ; in this case it was Pacha NYC waiting for Kaskade’s arrival. However this crowd is more intimate than the arena, raging in the small hundreds, and Kaskade rewards them with a six and a half hour set! It’s a phenomenon that is rarely heard of – huge name artists dishing out a whole nights worth of music. It’s something that’s catching a lot of peoples attention, myself included. This changes the game on all events. Why would you attend an event where your seat is meters away from an artist and in a confined space with no room to dance – you wouldn’t it’s pointless. You would benefit more from attending after parties where tickets range in the 60s and your personal area of enjoyment is based solely on the time you arrive to the club. Organizations like Pacha NYC and a few other are changing the way we attend events by bringing first tier DJs back to the clubs, such as Kaskade and Steve Angello, who have in the past each mixed live six hour sets.

Before you purchase your tickets do a little research. You might find yourself getting more bang for your buck attending afterparties rather than organized events. It’ll most likely be at Pacha NYC

UKF will returns to NYC this Saturday, Dec. 1 with a splash, as the brand hosts the official US launch of its bass heavy…