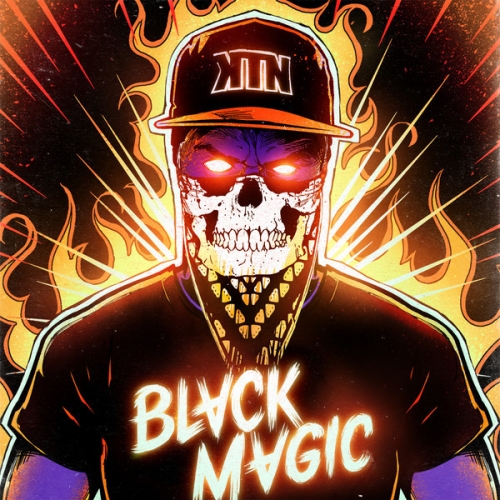 OWSLA road warrior Kill The Noise finally released his highly anticipated Black Magic last week, and the EP certainly lived up to expectations with its refreshing take on bass music. While dubstep has arguably become a genre over-saturated with mediocre productions that simply rely on the craziest sounds and biggest drops, Black Magic focuses instead on intricate melodies, infusing the tracks with a certain musicality that one often does not find in other aggressive dub creations. In a recent interview with Billboard, Kill The Noise, or Jake Stanczak, noted that he â€˜spent a lot of time trying to do things at different tempos. Our last EP was mostly dubstep and a little bit of electrohouse and all that. This record is a little less dubstep and a little more different genres and a lot more musicalâ€¦I set out to explore more of my musical ability, showcasing that skill.â€™

And showcase that talent he does. Black Magic opens with the operatic title track â€˜Black Magic (Kill the Noise Pt.2)â€™, which incorporates vocals from a choir before breaking into Stanczakâ€™s notoriously grumbling bass lines. The EP also features appearances from two female vocalists, the first being UK based Mercedes on the reggae-infused dubstep hard hitter â€˜Jump Ya Bodyâ€™. The beautifully lyrical electro track â€˜Saturnâ€™ features shockingly ethereal vocals from Brillz & Minxx and easily displays the greatest departure from KTNâ€™s previous style. Add in a collaboration with Mau5trapâ€™s own Feed Me on the funky, moombah inspired â€˜Thumbs Upâ€™, and throw in the aggressively bouncy â€˜Rockersâ€™ and lazer synths of trap track â€˜Mosh It Upâ€™, and you have an EP with a little something for every bass lover. And did we mention that closing track â€˜To Be Continuedâ€™ is an all instrumental piano rendition of Kill, Kill, Killâ€™s â€˜Kill the Noise Pt.1â€™, performed by none other than internet sensation Evan Duffy? Check out the streaming tracks below:

And don’t forget to check out Kill the Noise as he joins Birdy Nam Nam, Monsta, and Kill Paris when the OWSLA Tour hits Webster Hall THIS FRIDAY, November 16th. Tickets HERE.

Some of the top-tier DJs worldwide will be in town this week (or, as some like to call it, ‘the usge.’) Indeed it’ll be…