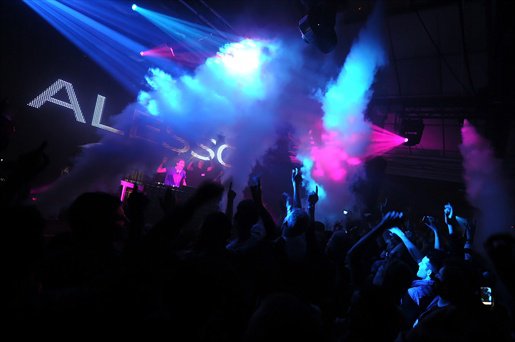 This has been the month of Alesso as many can say. With the releases of his two biggest remix hits, ‘Pressure’ and ‘Save the World,’ this kid is on a serious roll. I just recently saw his debut at Pacha NYC with Sebastian Ingrosso and to my conclusion, Alesso has some serious skills. Definitely wasn’t expecting the set he played at the club at all. His set during EDC was fantastic and his reputation is growing rapidly to be the new Avicii possibly! An uprising young Swedish producer. The reason I am posting this song is because I want everyone to know Alessos roots and where he came from. This track was from last summer but it was a banger and a classic that everyone probably forgot about because there is so much focus on his new direction. Check it out because its a great song to have on a party shuffle.

It’s officially summer and the weather has been perfect. Rooftops, free shows, pool and beach parties all weekend long. Tweet us where you’ll be!…