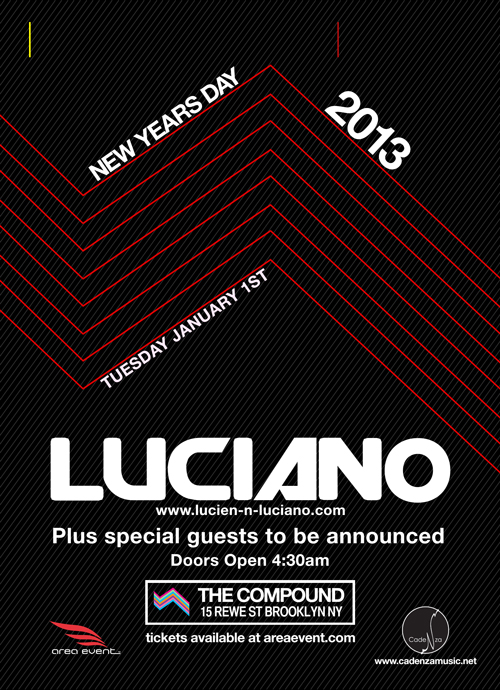 Luciano and Luca Bachetti will be playing with Sleepy and Boo on New Years Day 2013 at a massive warehouse in Williamsburg. Talk about an epic show. The party begins at 4:30 am and goes until 5 PM the next day. Excessive you might say, but in the world of Cadenza, that is commonplace. Just take Reboot’s extended set this weekend followed by a rather grimy afterhours at a loft in midtown Manhattan. Expect Luciano to drop some bombs from his new Cadenza album coming out in 2013, including his Ibiza smasher “Rise of Angel”. Anytime Luciano is playing in a warehouse when the sun is up, you want to be there. Oh, and another interesting fact about this ridiculous party… it will commence immediately after the Dada Life party ends! Be prepared for a quick clean up and lots of traffic moving in and out

Enter our contest by filling out this form (CLICK HERE) and be sure you are following us on Twitter in order to win.

And if your not feeling lucky buy tickets here

Swanky Tunes at Kazantip The love affair with Swanky Tunes continues, as they release their 2011 Annual Report on their Soundcloud for universal downloading…