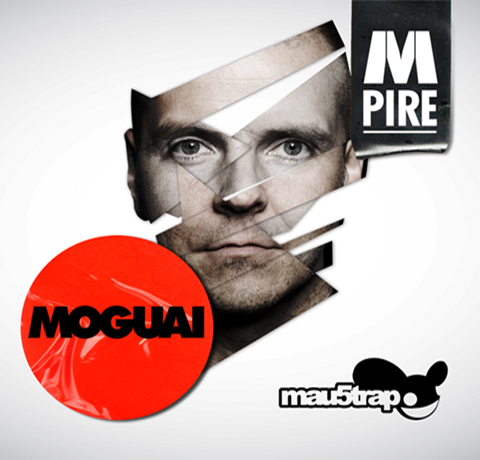 It’s been two years since his last LP titled ‘We Ar Lyve’ back in April 2010 but the German specialist Andre Tegeler is back with a brand new album. One of the few albums released on the mau5trap imprint, ‘Mpire’ truly demonstrates how Moguai has become a master from a production standpoint branding his style through house, electro and techno.

The featured single on the album, ‘Mpire,’ was released earlier this month and instantly rose to the top, charting at #1 on Beatport. An absolutely huge track that incorporates all sorts of different sounds topped with that Moguai signature stamp. Instead of stopping here, the album takes it to the next level by including 13 tracks in all.

Some other notable favorites. First off, this track ‘Lyme’ is filthy. Great progressive trance sounding tune that has that club driving kick. Another big track that you have to take a listen to is his collaboration with Tommy Trash titled ‘In N’ Out.’ I’m also REALLY DIGGIN ‘Deaf By Stereo,’ just a straight big time house tune. If you are looking for some vocals, look no further than the progressive banger ‘Invisible.’

You can check out the entire soundcloud preview for the album right here but do yourself a favor and head on over to beatport to purchase the full album. Also, click here if you want to listen to a mini mix of the album.

Get familiar with this name: Louisahhh!!!. Yes people, get very familiar and prepare to see a lot more of her unique and in-your-face moniker….