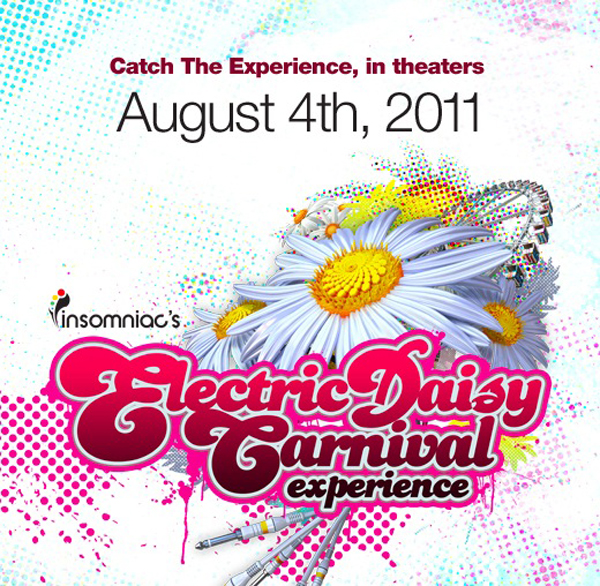 I wish I had a ton of positive remarks to write about this movie, but I unfortunately do not. I can certainly agree that EDC 2010 in Los Angeles was an unbelievable event with a stellar line up. From an organizational standpoint, this festival is one of a kind and extremely impressive. From an overall production standpoint, it is mind-blowing. Where else can you go on an outrageous carnival ride while fireworks are going off and jam out to a Moby DJ set? I mean come on. But I personally thought they focused a bit too much on Kaskade, Will.i.am, the GoGo dancer, and Insomniac. I was thoroughly impressed with the artist footage but unimpressed with the artist interaction. I was really hoping to see DJ’s chatting it up backstage, and also to have input from the guys like Deadmau5, Afrojack, Boys Noize, and Laidback Luke about their sets and the festival in general. I was also kind of weirded out that the director of the film left in a segment when Travis Barker called A Trak an ‘EDC world champion’ when he meant ‘DMC world champion’.

Overall, it was entertaining but the film as a whole did not flow as well as it should have. I was also kind of gutted when I realized they did not cover any of EDC 2011 in Vegas. Some highlights from the film for me included: Boys Noize smashing the venue with his hard maximal electro and proceeding to use his headphones as a visor (my #1 live DJ), Will.i.am using a shitty M-Audio midi controller to play to a crowd of 50,000 (wow…), and Kaskade dropping the Dada Life ‘Dynasty’ remix during peak festival hours. Check out an unbelievable video below of Boys Noize dropping D.I.M and TAI’s ‘Lyposuct’.

Tech house is not given enough credit. I love the grooves! Check out this tech house bomb from Wolfgang and Mark Knight… has been…