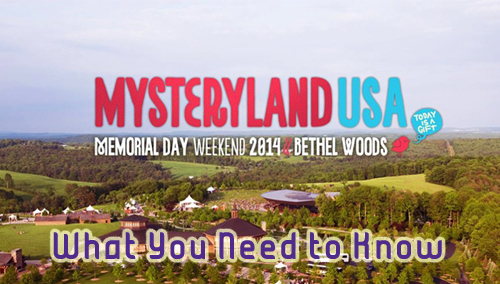 The Sunday School parties back in Miami days were quite legendary, and the Mysteryland USA edition will continue the tradition with 3 Sunday School stages, even bringing a vinyl-only stage: special performances will include a back-to-back set between Carl Craig and Dutch legend Dimitri, a 20th OVUM label anniversary with Josh Wink, Lee Foss, Soul Clap, Victor Calderone and more. 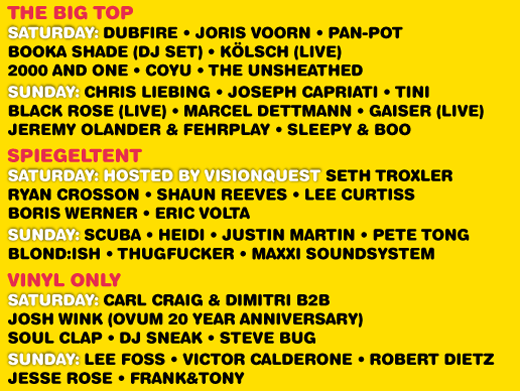 Dubfire – One half of Deep Dish, who are rumored to be making a return, don’t miss this man’s techno fire early in the day on Saturday. Dubfire starts spinning at The Big Top at 3pm, so we know he means business.

Joseph Capriati – Bringing a dose of Drumcode to Sunday School, the Italian techno legend will be here wreaking havoc on our ears and bodies – in a good way. His BKWRHS set this past winter was legendary.

Under the Radar Artist

Blond:ish – This DJ duo are the biggest female house DJs on the scene right now, and for good reason. Catch their expert set on Sunday at Spiegeltent, featuring a variety of their carefully crafted deep house tunes.

Scuba – This under-the-radar artist has actually been making slow and steady waves for some time now, but is coming into his spotlight in the States with appearances at Output recently, and now Mysteryland. This guy moves through all genres, from trip hop to tech house, expect a mind-blowing set closing out Spiegeltent starting at 11:30pm on Sunday.

Victor Calderone – This guy plays many New York clubs regularly throughout the year, so it’s likely you can catch him at Pacha or Output in the coming months. His set time also corresponds with Joseph Capriati and Chris Liebing over at The Big Top, which are definite must-sees.

Check out Josh Wink’s Groove Mix of ‘Balls’ to hear a sample of his upcoming Ovum Recordings 20 Year Anniversary set at Mysteryland.