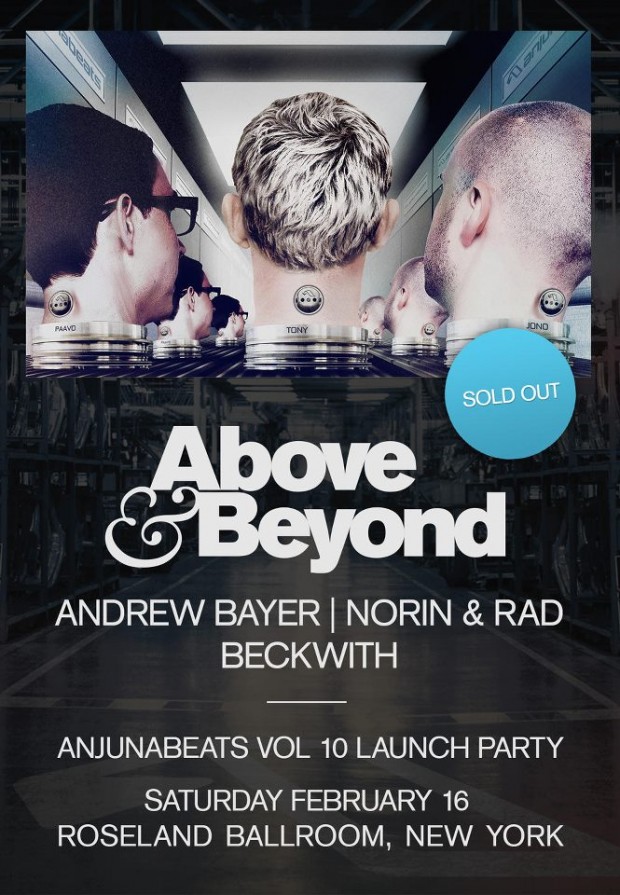 The ‘Anjunabeats Volume 10’ launch party will be one for the ages. The big announcement came today that Norin & Rad, Andrew Bayer, and Beckwith will be joining Above & Beyond at the SOLD OUT New York City show! It is Valentines Day weekend, and you will hear a compilation of unreleased tracks from Arty, Andrew Bayer, Jaytech, Norin & Rad, Kyau & Albert, and the one and only Above & Beyond. Kyau & Albert are set to release their third album shortly after the show, so there may just be some surprises at Roseland.

The last time Above & Beyond rocked New York was at Electric Zoo this past September, lighting up the crowd with two epic sets. This set appealed to different audiences, a little more mainstream house on Saturday and Anjunabeat’s typical trance tracks on Friday, Anjunabeats has come into 2013 with a head of steam, and there doesn’t seem to be anything stopping the label now, especially with EDM on such an up rise. This show will be absolutely incredible, and if you got the chance to snag tickets before they were sold out, you will have an unbelievable night.