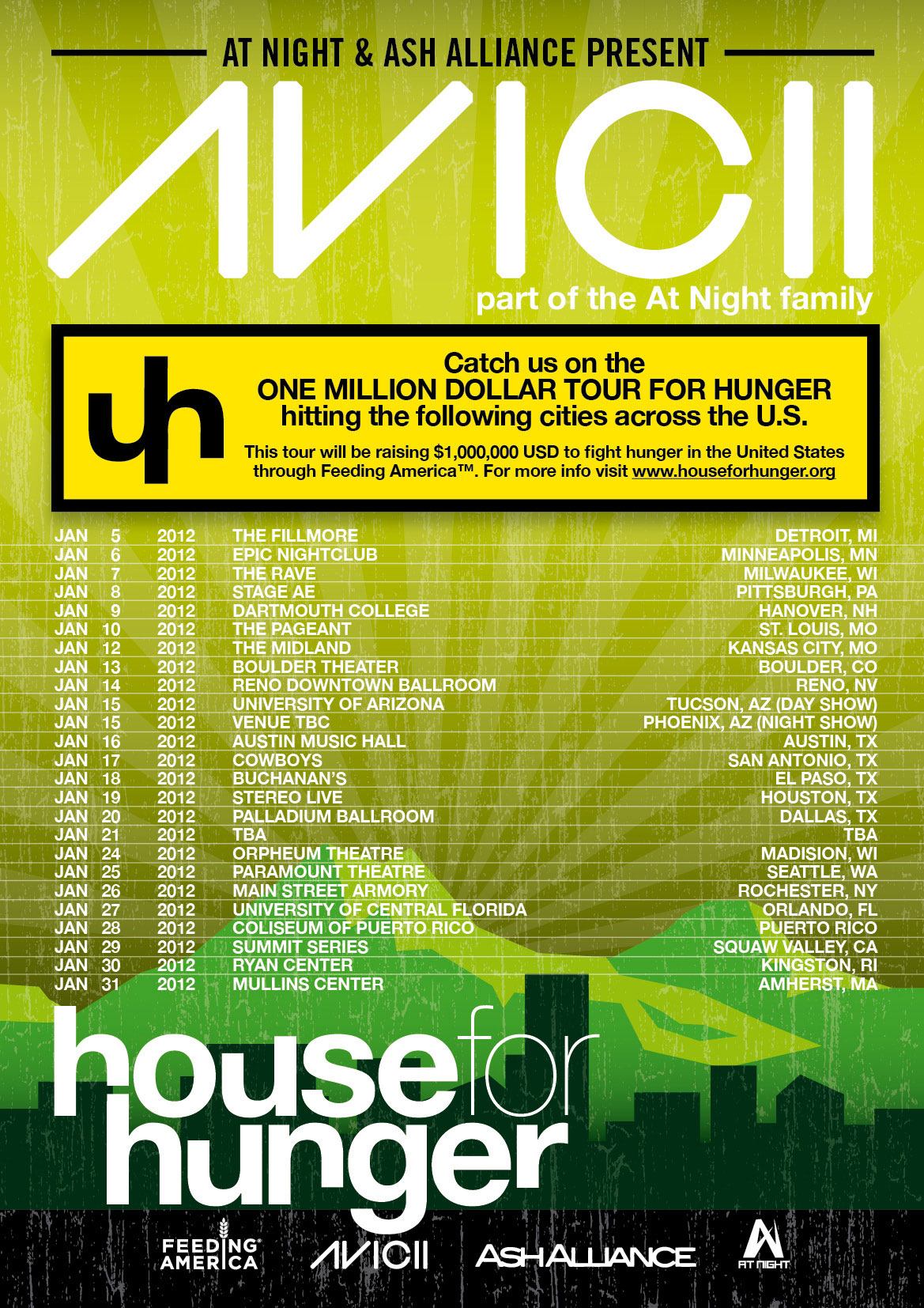 Avicii and At Night Management announced the official dates for their House For Hunger Tour.Â A whooping 26 sets packed into 27 days in 20 different states. It kicks off on January 5th in Detroit and will continue around the U.S in cities that have not had the pleasure of seeing the Grammy nominated Swedish superstar.

The goal is to donate $1 million dollars to Feeding America, the nationâ€™s largest hunger-relief organization comprised of over 200 food banks across the nation.Â Â  EDM fans will help provide for approximately 8 million meals to those in need as well as help to raise awareness about the reality of hunger faced by many working Americans today.

‘Hunger hits everywhere and the US is not immune to it,’Â said Avicii upon announcing the House For Hunger Tour.Â ‘For me personally when I found out how widespread the hunger problem in the United States actually was it blew my mind. I never would have imagined that 1 in 6 people in America struggle with hunger or that 1 in 4 children routinely do not get enough to eat. â€œIt feels right to kick off this movement of giving back in the US, seeing how many amazing experiences and opportunities America has given me over the past two years, as well as the support I’ve gotten from my fans here,’Â he added.

Aviciiâ€™s manager Ash Pournouri continued,Â ‘This is the first time in electronic music history that someone is stepping up in such a massive way to engage fans in a movement to give back in their communities. I felt it was time to turn a corner and tear down the negative stereotypes of drugs and reckless partying often associated with the house/trance/dance music scene as itâ€™s a far cry from what the reality of electronic music is today. So Avicii and I are putting our money where our mouth is and taking the first step to give back to the country and the fans that have helped shape our careers,’Â he concluded.

Get your TICKETS HERE through wantickets.

Los Angeles based Insomiac Events has announced the full EDC NY line-up. Last year was the first time EDC had ever been done in…