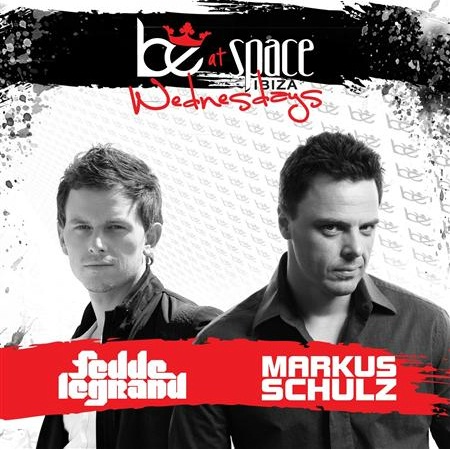 You canâ€™t say youâ€™ve been to Ibiza unless youâ€™ve been to Space! The Playa Dâ€™en Bossa-based club is one of the most recognizable on the planet. Walking away with the award of Best Club in the World in DJ Magazineâ€™s 2010 poll, itâ€™s little wonder that the last three years have seen some of the most famous DJs on the planet jet in to rock at the renowned Be @ Space events.

On Spaceâ€™s infamous Terrace, Fedde Le Grand will hold residency with his world famous Takeover Party, a dance music experience that has smashed expectations everywhere from the United States to Europe, Asia, South America and beyond. His blend of quality house and avant-garde techno is guaranteed to set the Terrace on fire and with guests Wally Lopez, Patric La Funk, Sultan & Ned Shepard, Sunnery James and Ryan Marciano, the Space faithful will be flocking to see the Flying Dutchman erupt through those legendary speakers. With an impressive hat trick of Beatport number 1s this year alone, and his latest single Metrum inducing near fever pitch from clubbers and DJs alike, Fedde continues to prove himself an unstoppable force in the world of EDM. His extensive summer Takeover Tour 2011 includes 11 Be @ Space dates on the White Isle.

Set to smash Space no fewer than 7 times throughout the course of the islandâ€™s sun season will be the 8th biggest DJ in the world, Markus Schulz. Tracks from his incredible new Thoughts Become Things II album have provided the vanguard for his 2011 return to the island. With 5hr extended and headlining sets over the following weeks and months, Schulz will be leaving a massive impression on the Space audiences. A master at bringing sold-out club crowds to fever-pitch (and keeping them there), heâ€™ll be committing his inimitable, trance-vision to CD 2 of the official Be @ Space compilation.

Disc 1 avouches the musical diversity of Be @ Space, with Fedde Le Grand fully in charge as he takes you on the ride of your life providing a sultry hot mix of throbbing house beats, melodic tech infusions and that inimitable kick of energy that is pure le Grand. With unbeatable dexterity, awe-inspiring track selection and an ingenuity that is unsurpassed, Fedde unravels then reignites that unmistakable Be @ Space formula, bringing you the real Ibiza feel with tracks. Meanwhile Disc 2 â€“ precision-mixed by German-born, American-based DJ and Ã¼ber-producer Markus Schulz â€“ perfectly captures his famously panoramic trance sound. Schulz balances a blend of groovy, melodic sounds with deeper atmospheric progressive, tougher trance FX and specially produced Big Room cuts & edits. Itâ€™s a mix that will take you back to the Spaceâ€™s Discoteca and Terraza floors time and time again.Â  Featuring a cutting-edge selection of the tracks, this is the club-ammo Markus has handpicked to smash the island with!

This year Space embarks on another white-knuckle musical adventure and that kicks off with this brand new compilation. Be @ Space is the Ibizan summer season personified, with Fedde Le Grand and Markus Schulz providing picture-perfect sound-snaps that capture the true spirit of the club.

Earlier in the week, we posted our dear friend tyDi’s track ‘Stay’ featuring the stunning vocals of Dia Frampton. The official music video has…