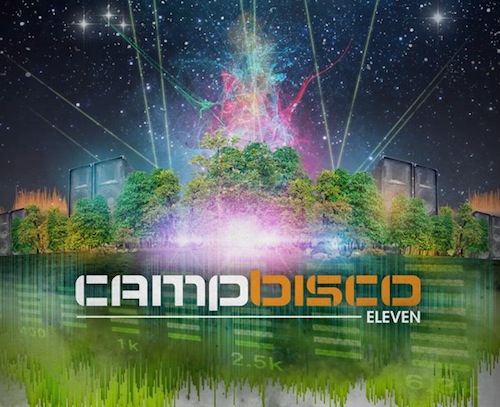 The eleventh edition of Camp Bisco is almost a month away and they have just released even more 411 to get you excited for the festival! Don’t forget to check out our full guide to Camp HERE.

This year, there will be three label curated tents: indie record label Ninja Tune, A-Trak and Nick Catchdubs’ Fools Gold Records and Skrillex’s OWSLA. The Ninja Tune label will showcase three up-and-coming DJs (Blockhead, Starkey, and FaltyDL) inside of the tent, as well as three acts as part of the main festival: Bonobo, Daedalus, and Amon Tobin. OWSLA will showcase The M Machine, Dillon Francis, Alvin Risk, Kill the Noise, Zedd, and Porter Robinson in their tent, while label-owner Skrillex will be featured on the main stage. Lastly, Fools Gold Records have just announced their ‘Fools Gold Clubhouse’, a series of festival events and performances such as DJ sets from Craze, Nick Catchdubs, Codes, and JWLS; and a live performance by rising Brooklyn MC Mr. MFN eXquire. (SIDE NOTE: To clarify who is doing two sets, who is only playing in the tents, etc; please view the full lineup HERE.)

Finally, added to the main festival lineup are Yacht, OLIVER and Nobody Beats the Drum!

If you haven’t gotten your tickets yet, WHAT ARE YOU WAITING FOR!? GA tickets are still available for $170 (last minute tickets will be bumped up to $190). If you want a little extra, there are literally less than 20 VIP tickets left so grab them while you still can ($429)! If you already bought your ticket, expect them within the next week or so!

Also note that car camping passes are SOLD OUT! Find a friend who already has a pass, figure out public transportation, or check out Bisco’s shuttle buses.

See you all there!!!

Handbraekes. A newly foundÂ collaborationÂ between two masterminds in the electro techno scene. Boys Noize + Mr. Oizo. For those of you who are unfamiliar with…