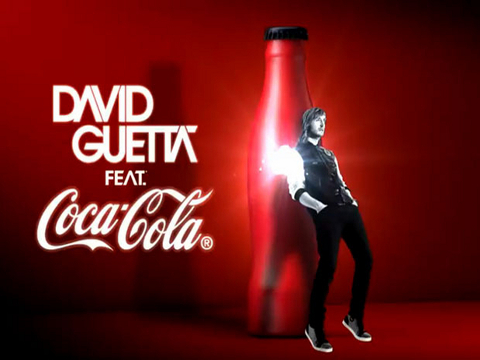 The picture above: A reason to cast stones or the legitimizing of EDM?

David Guetta, perhaps the biggest super star in the EDM world and whipping boy for house music-purist, has joined with Coca-Cola to be its cover boy in 2012. He’ll be taking part in the ‘Club Coke’ line that has seen Justice, Mika and Daft Punk grace it’s label.

Few cries of sell out-ism happened when they did it, but you can imagine the mobs of anonymous internet users who will come down hard on Guetta.

The Coca-Guetta will be available in France starting in February. It will sell for â‚¬1.00 to â‚¬1.50 at â€˜select trendy clubsâ€™ and Monoprix stores.

For more information, bust out your translator.