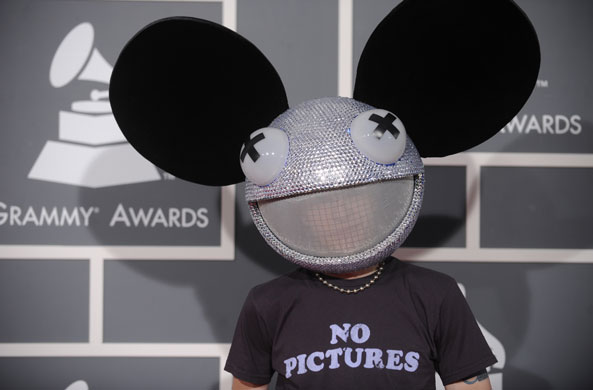 First the Super Bowl, now the Grammy’s. The Recording Academy just announced that deadmau5 will perform at Sunday’s Grammy Awards, along with the Foo Fighters, Grammy nominated producer David Guetta, Chris Brown and Lil Wayne. This is a BIG deal. Not only is Skrillex nominated for five Grammy’s, this is the first time that electronic music artists will be used as Grammy performers. Deadmau5 is also nominated for 3 Grammy Awards including Best Dance/Electronica Album for his LP 4×4=12, Best Dance Recording for â€œRaise Your Weaponâ€ with Greta Svabo Bech and Best Remixed Recording, Non-Classical for his remix of the Foo Fightersâ€™ â€œRope.â€ So now all electronic fans have even more reason to tune in Sunday at 8 to the Grammy’s on CBS.
David GuettaDeadmau5Grammy'sSkrillex

Firstly, happy holidays from the whole EO staff! This week, shows are a touch light because of Christmas, but for you die-hards, we have…