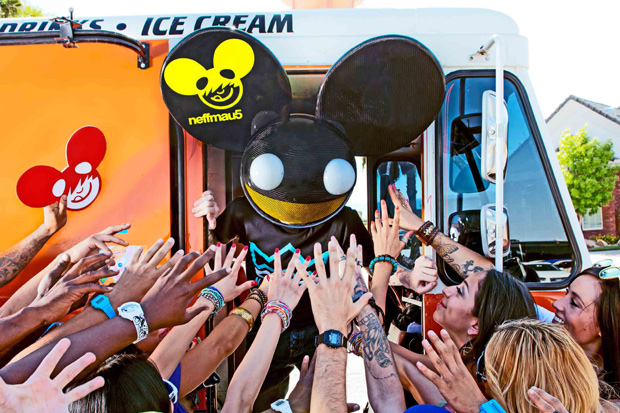 Following in the footsteps of industry titans like Avicii (Polo) and Tiesto (Guess), Deadmau5 has slowly ventured into the fashion world. The clothing brand Neff (which often is associated with snowboard culture), will design his videogame-influenced brand of t-shirts, hoodies and hats. The Neffmau5 collection was launched July 15th and will be available through tons of online retailers. The great Australian blog Stoney Roads was kind enough to put together a rather thorough collection of all things Neffmau5. Check it out HERE.

BONUS: Deadmau5 recently did a rework of the Nine Inch Nails classic ‘Survivialism’. Many of the electro-house greats draw influence from Trent Reznor, the genius producer behind Nine Inch Nails who has recently (and quite successfully) began scoring films such as The Social Network and The Girl With The Dragoon Tattoo.

New track out by the Moguai monster and it’s a winner. You might be familiar with some of Moguai’s other gems such as ‘8001‘…