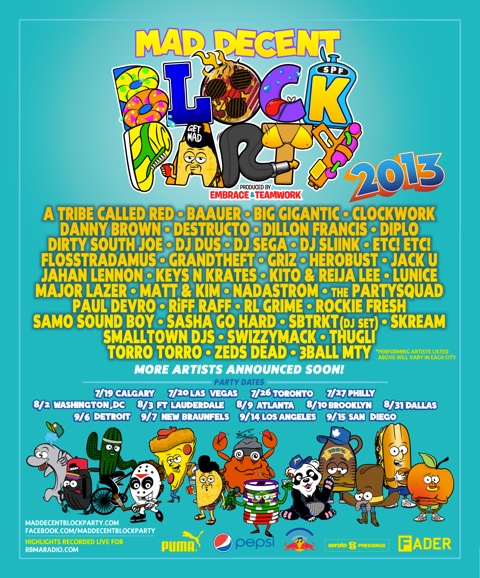 The Mad Decent record label created a bit of confusion when they released the flyer for their Mad Decent Block Party 2013. The flyer contained a group that nobody had heard of before, named ‘Jack U’. Later on Twitter, Diplo tweeted out to fix some of the confusion and officially announce that he and Skrillex had formed a duo group. The Mad Decent Block Party will be their debut as a group, and time will only tell if we will hear some tracks by them before this date, or if they will save them for their first official show. It would definitely be an interesting technique to get more people to go to the event if they release no tracks prior to it.

Jack u… Means skrillex+diplo together..

We really do not post much minimal house music or proper techno on Electronica Oasis. This is largely due to the fact that it…