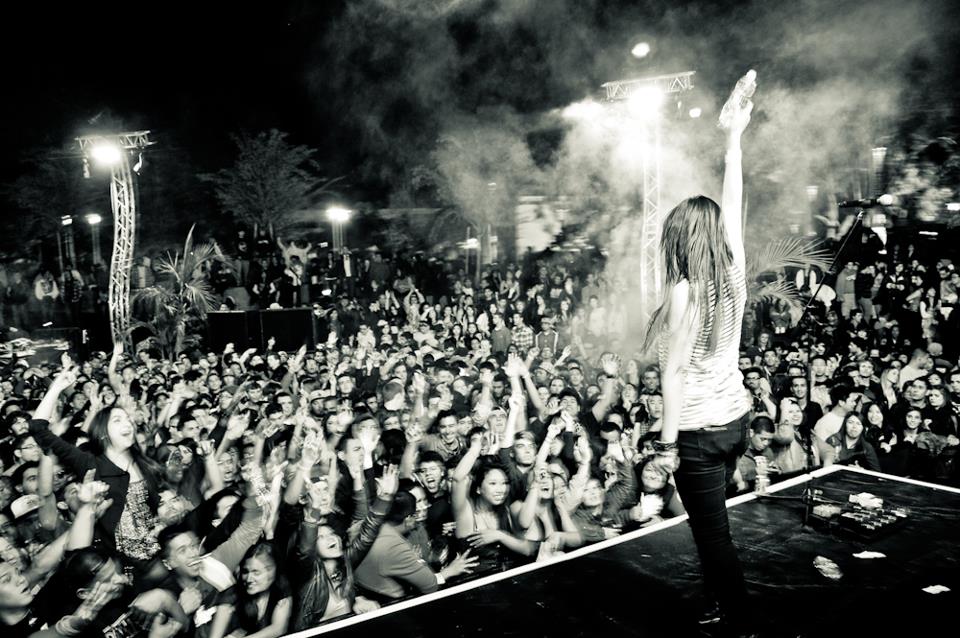 Last weekend in San Bernardino, CA, legendary trance DJ Armin van Buuren threw his massive ‘A State of Trance’ 550 show at Beyond Wonderland. DJ Fei Fei, a California based DJ/Producer and local favorite, was chosen as one of the openers. She has a loyal following, but apparently not amongst the trance crowd. After her set, which consisted of mainly dubstep and harder electro, her Facebook page and twitter feed were littered with extremely rude comments and even death threats. Comments like “that was fucking horrible” & “kill yourself please” ran rampant. So what does this mean for EDM and why did it cause such a stir amongst the scene as a whole?

Fei Fei ended up recieving loads of support from artists and fans alike (even trance fans). It appears as though some hardcore trance fans are ignorant, and to be blunt, the barriers between genres have essentiallyÂ disappearedÂ as of late. Can anyone really classify a record as strictly trance or strictly house? Fei Fei brought something unique to the table, and she played her own style, going on to say:

“I played music!! Period. Dance music, EDM, whatever you want to call it, my fans know theyâ€™re in for a wild ride when they come see me. Iâ€™ve been championing a diverse style for quite a while now, both in my productions and in my sets. The really exciting thing about music today is its all one big hot mess. Everything is influenced by everything and crossing over and thereâ€™s so much new original stuff because of it. Artists not being afraid to express their creativity and try new things. To be ultra technical, I played a variety of stuff, dubstep, electro, house, uk rave, moombah, dnb, hip hop, my own productions, and of course, trance. Although I think people were too busy huffing and puffin on the nets to catch the trance.” via BeatsMedia.com

Listen to her set below. What do you guys think of this? Was it appropriate for her to play her own genre, or should she have catered to the show? Every editor at Electronica Oasis thinks that integrity plays a large role in the merit of a DJ…so we say, ROCK ON FEI FEI!

Avicii – Wake Me Up (Official Video)

Out now is the official video for Avicii’s single ‘Wake Me Up’. Quickly becoming a hit after initially being bashed at Ultra Music Festival,…