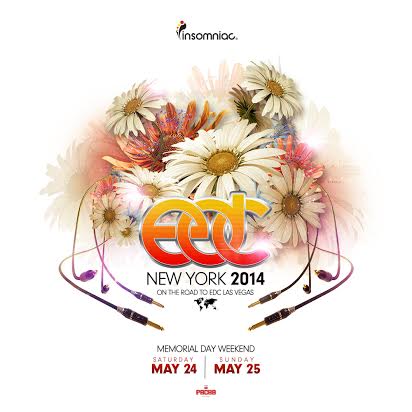 Today, Insomniac announced that Electric Daisy Carnival New York will return to the Tri-State area for two days during Memorial Day weekend: Saturday, May 24 and Sunday, May 25, 2014. This is EDC’s third installment in the New York area and its second consecutive edition held at MetLife Stadium. Insomniac will once again partner with RPM Worldwide, the team behind Pacha New York, as the local partner for the festival. Tickets will go on sale Wednesday, December 11 at 9 a.m. EST.

As always, Insomniac will continue to explore ways to bolster and enhance the EDC experience; moreover, Insomniac announced that the legendary EDC Owl will make it’s way to the East coast this year.

“MetLife Stadium and the surrounding grounds offer a massive blank canvas that allows us to take our production to an entirely new level in New York….Our goal is to create something that’s more than just a music festival – we want to transform MetLife Stadium into a piece of living art. As part of that effort, our giant, 40-foot-tall animatronic Owl, which debuted during EDC Las Vegas 2013, will make its first ever appearance on the East Coast. Over the coming months there will be even more surprises to share.” – Pasquale Rotella, Insomniac Founder and CEO

The festival’s close proximity to ample, reliable transportation and a wide array of hotel accommodations allows for easy and comfortable access to and from the show.

Fantastic bootleg from Brooklyn’s own, Dave Edwards. We’ve featured him several times in the past, but never in a blending capacity like this. It’s…