This past Sunday, October 9th,Â Kaskade was officially awarded with the 2011 Americaâ€™s Best DJ title at Marquee Nightclub in the Cosmopolitan Las Vegas. Having a stellar year which has included weekly giveaways of exclusive edits through SoundCloud and an Essential Mix on BBC Radio 1, it’s no surprise he landed the number one spot. His Ultra Records albumÂ Dynasty (2010) was a huge success last year with singles ‘Dynasty’, ‘Fire In Your New Shoes’, ‘Only You’, and ‘Don’t Stop Dancing’. He also managed to release a compilation entitled dance.love (2010) again through Ultra Records featuring the single ‘Raining’ with Adam K along with various remixes of his own works. We’re currently awaiting his new album Fire & IceÂ which drops this month (October 25th) and can be pre-ordered on iTunes here.

The award ceremony, held at the Marqueeâ€™s Library press room, and the following closing party culminatedÂ DJ TimesÂ magazineâ€™s three-month-long promotion, which included a 24-date Americaâ€™s Best DJ Summer Tour Presented by Pioneer DJ.Â Awarded with a specially engraved, gold-plated Pioneer DJM-900nexus mixer, Kaskade praised both Pioneer and DJ Times for their influence on his career,Â â€œThanks to Pioneer, who make such great DJ products, and thanks to DJ Times. Itâ€™s especially nice to get this award from DJ Times because I grew up reading the magazine. As a young DJ, it was great to learn about new tricks and techniques so thank you, DJ Times.â€

Now on tour promoting Fire & Ice, Kaskade is due to make a stop in New York City at the always awesome Roseland Ballroom…unfortunately at this point both shows have sold out. If you’re determined to check out our country’s number one DJ you can find tickets on StubHub here, the shows are Friday 10/28 and Saturday 10/29 ranging from $100-150 dollars. Last year I saw him perform at Roseland and it was insanely good. Check the video above of Kaskade closing his set for any further evidence you need to attend! 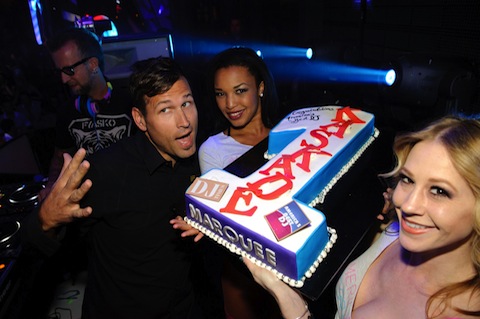 Congratulations Kaskade on being awarded America’s Best DJ for 2011

Nick van Mansumm, aka Aerofoil, the raw hidden talent that Markus Schulz brought forth to the spotlight, having released bangers such as ‘Caress 2…