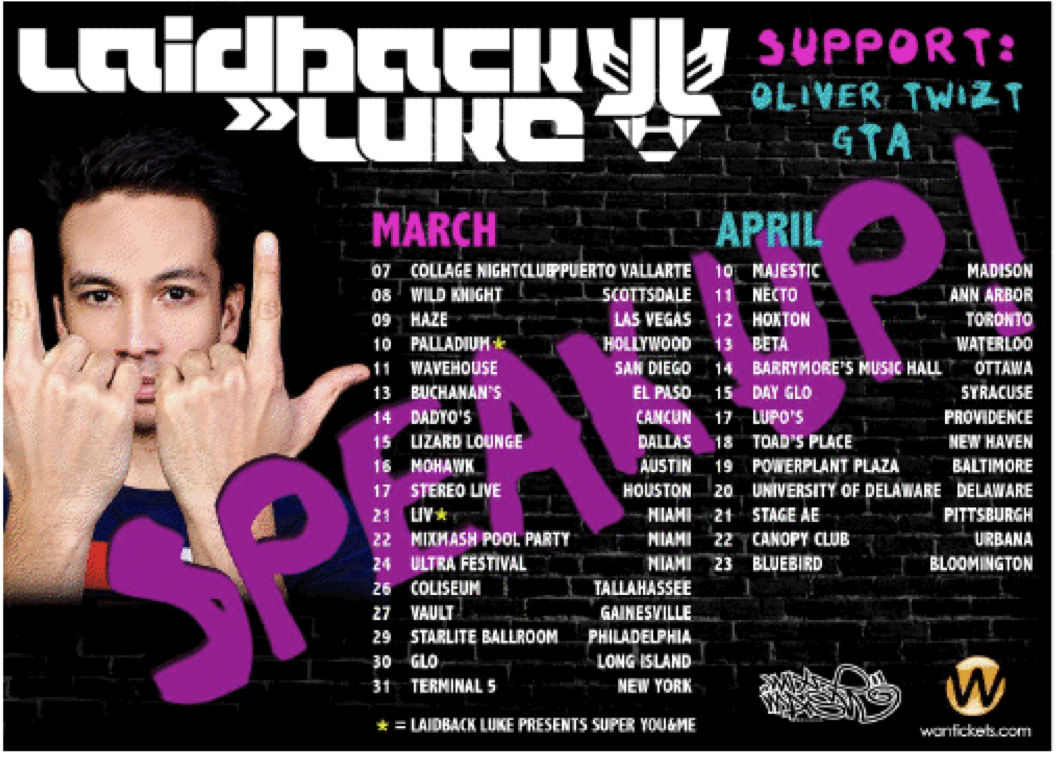 In conjunction with the March 12th release of Laidback Luke’s single ‘Speak Up‘on Big Beat Records/Mixmash, he is embarking on his longest road tour yet. He will be on touring with GTA, Oliver Twizt and he co-collaborator on ‘Speak Up,’ NYC based vocalist Wynter Gordon.

The tour makes stops in the NYC area at the end of March, coming to Starlite Ballroom in Philly March 29, Glo on Long Island March 30 and a double-header in NYC March 31 for the Anamoly show with Martin Solveig and Pierce Fulton at Terminal 5 and a still-unannounced show at Pacha.

Dada Life preview Tiësto’s remix of ‘So Young So High’. Fresh off a trapremix by Dillon Francis, Dada Life brings in a whole new…