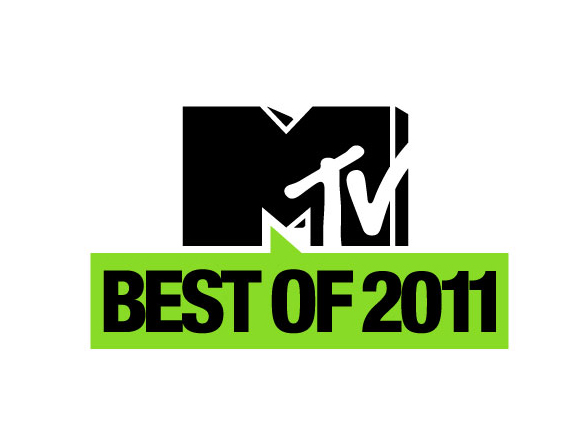 MTV is the biggest medium to music in the world even though they no longer really play music videos. EDM popularity went through the roof in 2011 with record breaking attendance at Ultra, Electric Daisy and Electric Zoo. It has become so big that The Swedish House Mafia landed a spot on the world’s most famous stage, Madison Square Garden. We are witnessing a transition into a new musical area. These 10 Djs have made their way to the mecca of main stream entertainment. Full rankings after the break.

1. Skrillex
MTV’s EDM Artist of 2011 scored a whopping five Grammy nominations this year, including being the first DJ to land a Best New Artist nod. Indeed, Skrill’s musical background â€” both on his own and as a member of his former group, From First to Last â€” has carried over into his brand of fiery electronica. Skrillex has brought together an audience from all over the world that includes ravers, house heads and rockers alike. In today’s laptop generation of music, Skrillex is the new “rock.”

‘It’s crazy; it hasn’t really hit me yet. I almost don’t even know what it means, in terms of the big picture. This whole year has been insane, and these are surprises and things beyond my wildest fantasies … and I’m just so thankful to have a great team and people that support me, man, because we’ve come a long f—ing way, man. People didn’t believe in us, and we built this incredible team and system, and it’s pretty awesome just to get that acknowledgment and do it with the people you love.” said Skrillex. “Whether it’s on an acoustic guitar or if it’s on a computer, music’s music, and the most important thing about music is the emotional impact it has on people and culture,” he said. “I’m only hoping that my nomination this year will carry on to the next year, and open doors for more people to come up and be noticed and recognized as actual musicians.’

2. David Guetta
David Guetta’s career has definitely gone pop this year â€” including the radio hits “Where Them Girls At” (featuring Nicki Minaj and Flo Rida) and “Without You” (featuring Usher) â€” but for EDM purists, his Nothing but the Beat had plenty to offer too, like stellar co-productions with Afrojack (“Lunar” and “The Future”) and Avicii (on the Grammy-nominated “Sunshine”). DJ Mag crowned Guetta the #1 DJ on the planet in 2011.

4. Swedish House Mafia
Dubbed by MTV News as the “holy trinity of house music,” the rock stars of dance were everywhere this year, from “Miami 2 Ibiza,” Las Vegas to Brazil and all points in between. Not only did they succeed as a unified front, but Axwell, Steve Angello and Sebastian Ingrosso also soared as individual brands.

5. Afrojack
Holland’s towering bleep-bender put on a spectacle of versatility in the past 12 months. Afro-beats scored monster mainstream U.S. radio singles for BeyoncÃ©, Chris Brown and Pitbull. And then there’s his EDM game: Nearly a dozen collabos bearing his name charted in Beatport.com’s top 10, with Nervo, Steve Aoki, R3hab and Quintino onboard for a few.

6. Avicii
This year, Avicii underscored his place as dance music’s “Piano Man”. It started with “Blessed” (featuring Shermanology), continued with “Fade Into Darkness” (and Leona Lewis’ “Collide,” let’s be real) and capped off with the eagerly awaited release of “Levels.” Yes, Avicii’s keys and vocals went pop in ’11, and Flo Rida would certainly back us up on this as his Etta James vocal is sampled on Flo’s “Good Feeling.”

7. Calvin Harris
2011 was a marquee year for this Scotsman. Riding high on the success of Ready for the Weekend, Harris “Bounce”-ed and “Awooga”-ed with his adoring EDM fans the world over. He also infiltrated the mainstream by teaming up with Rihanna for a pair of hit collabos: the chart-topping “We Found Love” and “Where Have You Been.”

8. Kaskade
Coming off a massive 2010 highlighted by Dynasty, Kaskade watched as his 2011 studio album, Fire & Ice, quickly became a staple in a healthy EDM diet. With features from Skrillex and Dada Life, and even vocals from rising star Skylar Grey, you’d be hard-pressed to find music lovers who couldn’t identify with or enjoy his breezy music in one way or another.

9. TiÃ«sto
Veteran DJ/producer TiÃ«sto might not be trance anymore, but judging by his popularity, fans don’t seem to care. How else do you set a record for the largest single DJ event â€” 26,000 fans attended his Carson, California, show â€” in U.S. history? T had hit collabos this year with Mark Knight, Hardwell, Diplo and, oh, Kanye West.

10. Martin Solveig
Rap dudes beware: Songs like “Hello” and guys like Martin have seen such widespread success that the hip-hop industry, which has long enjoyed club and radio dominance, is shook. In addition to being a technically superior producer and DJ, Solveig has also proven to the world that he has a sense of humor.

Last night, Daft Punk made a guest appearance at the Phoenix show at Madison Square Garden. This was the first time Daft Punk had…