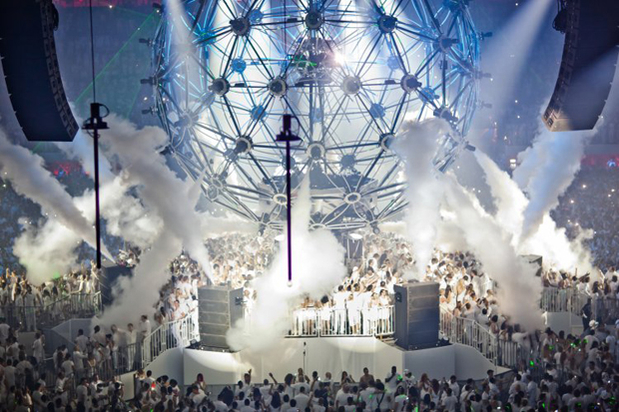 The new Sensation concept is revealed each year at its Amsterdam installment, and this years concept was more important than past years in that the new production will touch down on American soil in a few short months for the first time. You can bet that the lineup for the show in Brooklyn in October will be different than the Amsterdam lineup though, with artists like Riva Starr, Mark Knight, and Dennis Ferrer headlining. As you can see from the picture above, the new production features a massive sphere and a spinning DJ booth. Check out the official pictures from the event HERE. Also, be sure to check out the exclusive Source of Light mix on Beatport HERE, which features loads of unreleased tracks and is mixed by Mr. White.