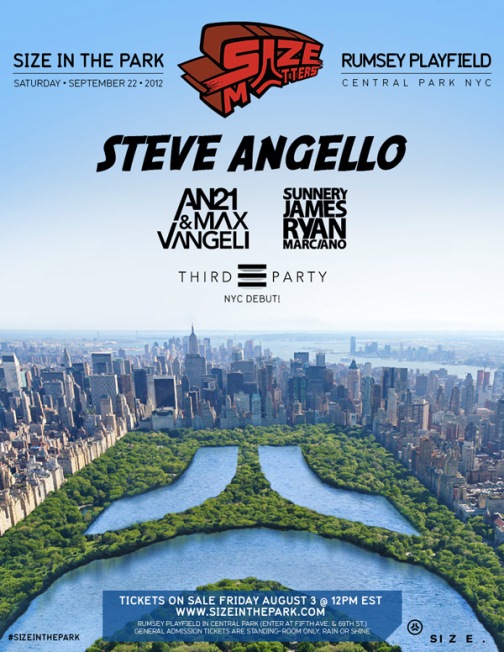 Steve Angello has already played Madison Square Garden, so clearly Central Park is the logical NYC spot for him to conquer next. After the cryptic teasers began to surface, you didn’t have to wait too long to find out that the 9/22 show promised by Pacha would be a Size Records extravaganza. Rumsey Playground is typically home to a tamer sort of show, so something says that this party will be a special one. Oh and Steve won’t be playing alone – he’s bringing along a sizable roster in AN21 & Max Vangeli, Sunnery James & Ryan Marciano and Third Party, who will be making their NYC debut.

Tickets go on sale 8/3 at noon. Get your Amexes ready folks, this one is going to sell out.

Tri-State area producer Sevag shows off his versatility again in remixing Chris Brown and Sevyn Streeter’s ‘It Won’t Stop’. The original is a heart-felt…