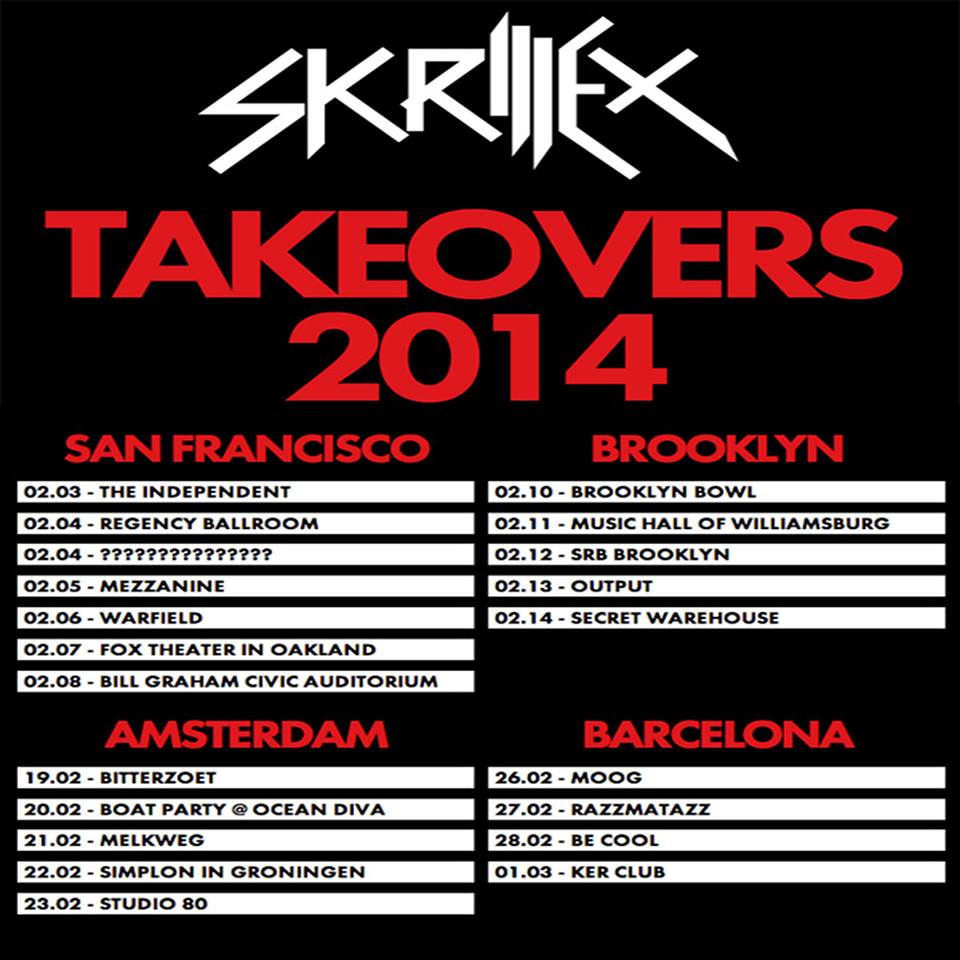 Yesterday, Skrillex announced that he will be taking over four cities: San Francisco, Brooklyn, Amsterdam and Barcelona. In each of these cities, he will perform for multiple consecutive dates. Skrillex’s Brooklyn takeover begins on February 10th at the Brooklyn Bowl; his takeover continues on to the Music Hall of Williamsburg, SRB Brooklyn and Output, culminating to a secret warehouse location that will be disclosed 48 hours prior to the event. It will be interesting to see how Skrillex will adapt in each of these varying venues; however, Skrillex is quite the established artists and we have no doubts that he will impress at each of the five shows. Tickets for each of these shows are available for purchase.

For those looking for an extra dose of drums, Roega aka EO’s Lumabjack threw together a tech heavy set for your listening purposes. Tech…