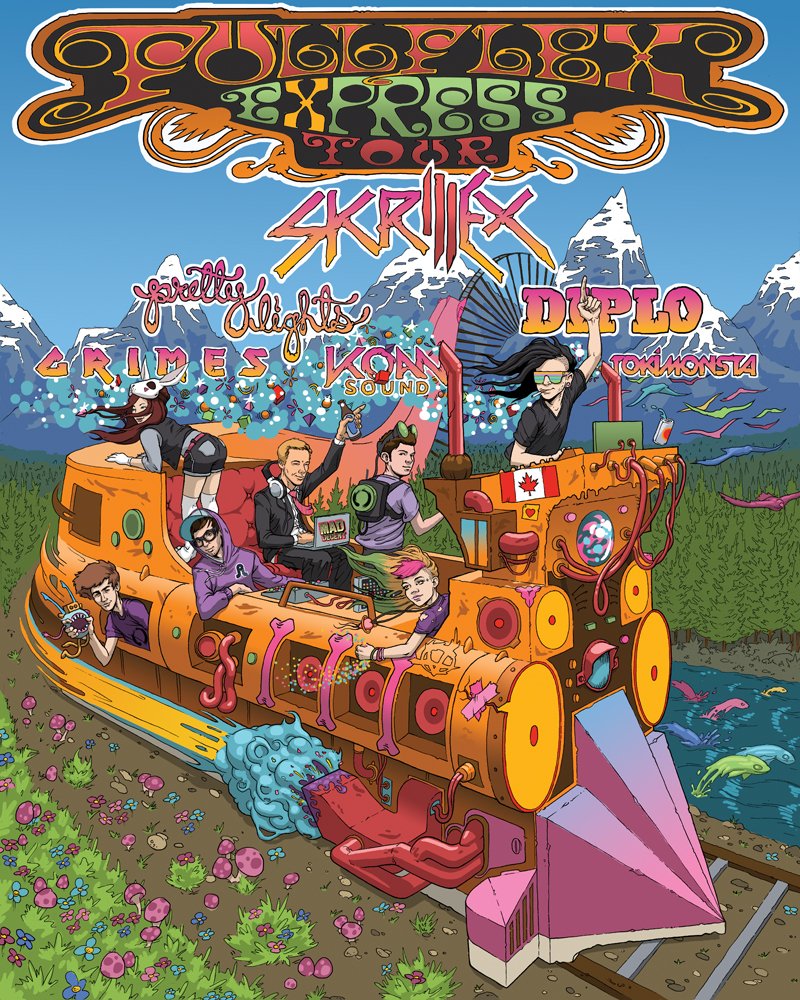 Skrillex will embark upon his Full Flex Express tour, which is a train tour across Canada, with support from Pretty Lights, Diplo, Grimes, Koan Sound, and TokiMonsta. The idea is to recreate a similar train tour that took place over 40 years ago and featured timeless acts such as The Grateful Dead and Janis Joplin. Skrillex and Co. were inspired by Mumford and Sons and Edward Sharpe, who also did a similar tour last year. Unfortunately, the tour will make no U.S stops, but you can be sure there will be some highly entertaining YouTube clips that will come from the tour. The tour dates are as follows:

New preview emerging on Spinnin’ Records from John Dahlback titled Soldier. Of all EDM producers in 2011, Dahlback arguably had the best year. Constantly…