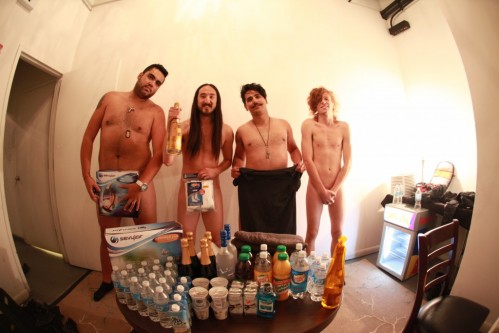 After Steve Aokiâ€™s rider was leaked out Wednesday by harderbloggerfaster, the Twitter world has exploded with comments about the asks, both on stage and behind the scenes. With staples of his live show, including corked champagne, a well-stocked confetti machine, and an inflatable raft, it also shows a bit of the hospitality asks from Aoki and Co., which includes American Apparel clothing, organic fruits and wraps, and local grass to round out the list. 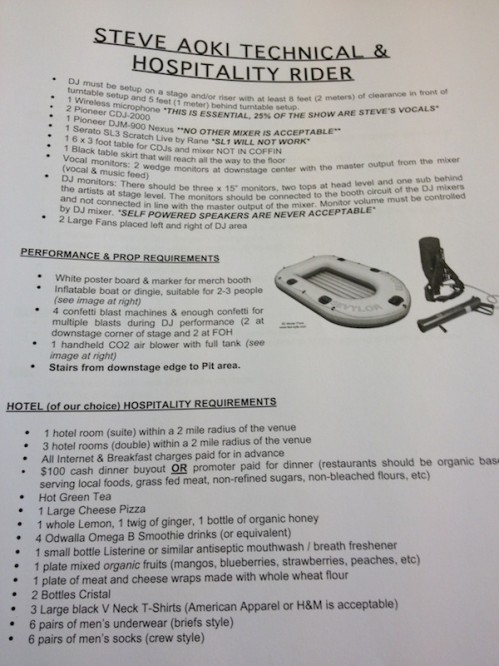 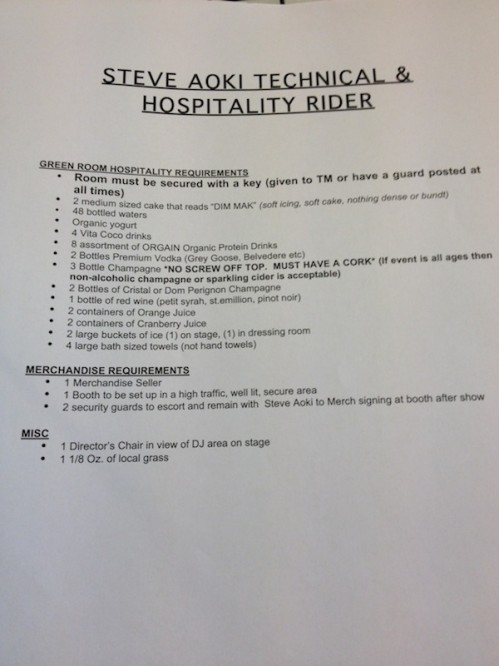 But Aoki was quick to respond on his blog, defending the list item by item. Most of the reports on the rider havenâ€™t been all too critical, but more than anything newsworthy for the masses to get a sneak peek behind the scenes. Weâ€™re sure itâ€™s not the most ridiculous DJ rider out there – not by a long shot – and many of the items are unsurprising for a crew balancing swagger with life on the road (well, maybe the two Dim Mak cakes are a bit over the top…).

Steve Aoki took his music, crew, and rider to NYC last night Terminal 5 for a secret show put on by Trident gum. Given the overabundance of American Apparels in the city, fulfilling the rider requests was likely not an issue.