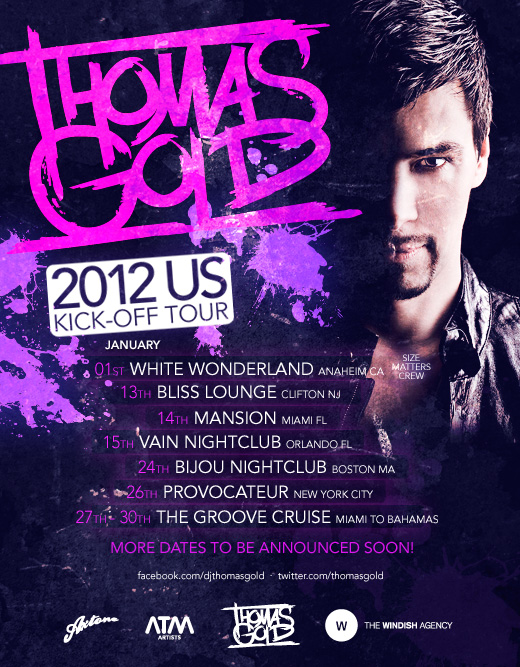 Tis the season for DJ mixes and tour announcements. I’m excited to write that Thomas Gold, who had his Pacha debut in November, will now be embarking on a US tour starting in January. Gold had quite a year. You could basically go nowhere without hearing his track with Dirty South, Alive, and his mix of Adele – Set Fire to the Rain. Gold has support from the Size Matters crew and opened up for Steve Angello at Governors Island in August, which still rates as one of my favorite venues in the city. Hopefully the summer returns soon…

2012 will bring not only a US tour for Gold, but also several releases, including Henrik B – Leave A Light On (Thomas Gold Remix), Dirty South & Thomas Gold – Eyes Wide Open and Sing2Me. Take a look at Gold’s tour dates and a listen to his mix after the jump!

Some new hardcore maximal electro for you Bart B More fans. By now you know that here at EO we are avid promoters for…