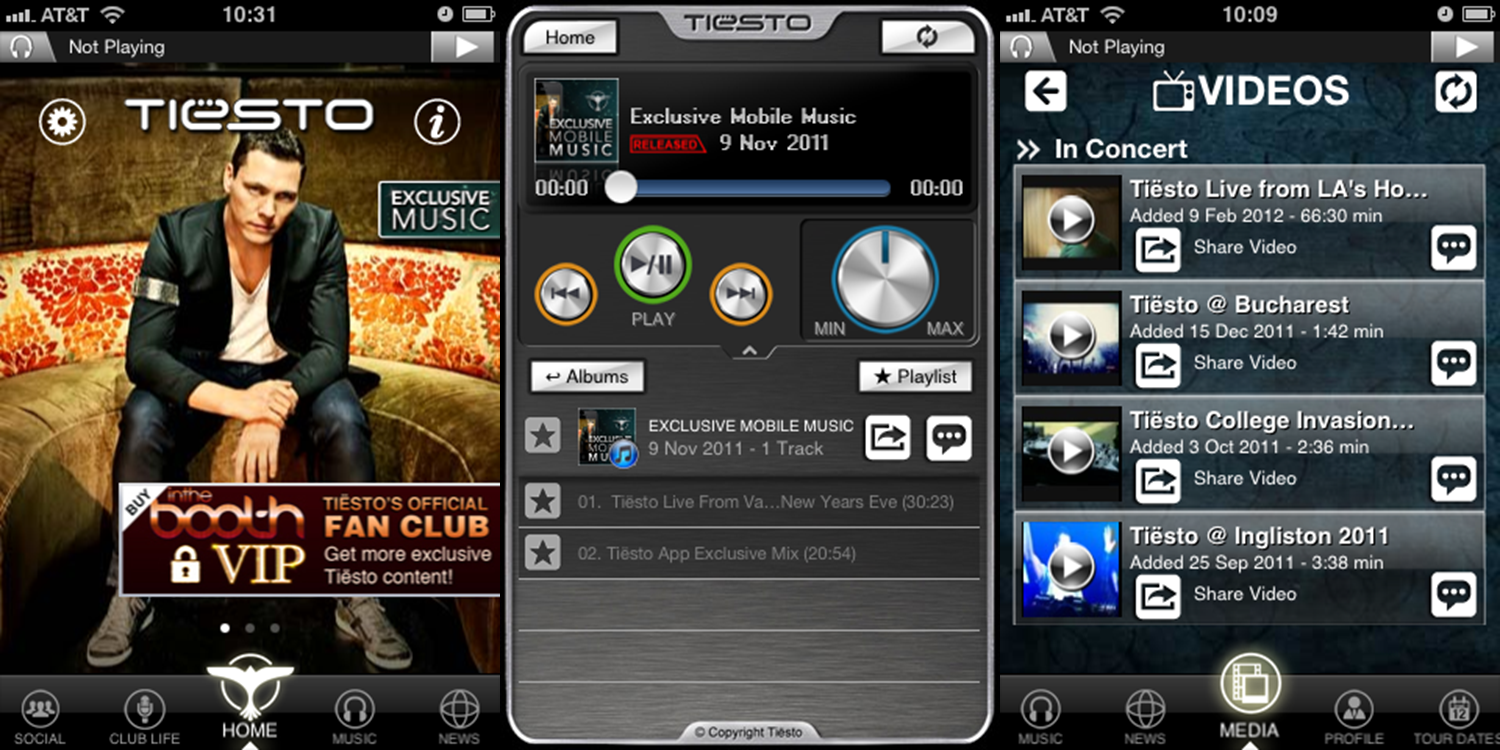 It’s pretty clear now that slowly but surely TiÃ«sto is taking over the digital world. His 10 part ‘In The Booth‘ YouTube series will almost certainly be optioned into a documentary or big time Hollywood movie, and today marks the worldwide release of TiÃ«sto’s iPhone and iPod touch App, which you can get HERE.
To celebrate the new app, TiÃ«sto is also re-launching his Tiesto.com and InTheBooth.com websites.

Developed by the PentÃ© Group, whom TiÃ«sto has already lauded via Twitter for their creation, the app allows fans to stream TiÃ«stoâ€™s music as well as his weekly Club Life podcast. So now if you forget to download the latest cast and don’t have wi-fi, no fear, your app will save you! In addition users can connect with fans worldwide, access concert footage, photos and tickets, and unlock special access to TiÃ«stoâ€™s InTheBooth.com website.

Coming in at the number 8 spot is Nero’s ‘Promises’ off of their album Welcome Reality. The track blew up overnight and topped the…