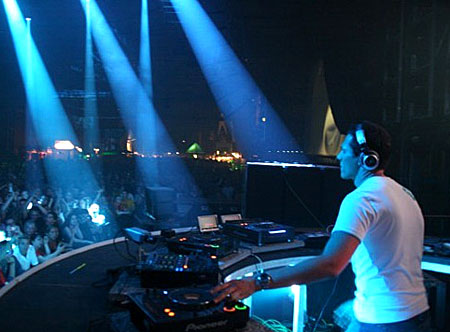 Weâ€™re less than two weeks away from TiÃ«stoâ€™s epic close to his â€œClub Life College Invasion Tourâ€ – a massive show at The Home Depot Center, a 26,000 seat capacity venue in Los Angeles on Saturday, October 8. If the prospect of seeing the worldâ€™s biggest DJ throw the largest single DJ event in US history wasnâ€™t enough, heâ€™s added performances from Diplo and Dada Life to go along with â€œCollege Invasion Tourâ€ support DJ, Porter Robinson.

“I can’t wait to play The Home Depot Center. LA has always been such a welcoming city to me and its been a while since I’ve played there, so to be able to finish off the college tour with such a great show is really special,” TiÃ«sto says.

Click READ MORE to hear about this legendary show!

We like Futurecop!a lot. They remixed to The Naked and Famous – Young Blood long before TiÃ«sto and Hardwell released their version earlier this…