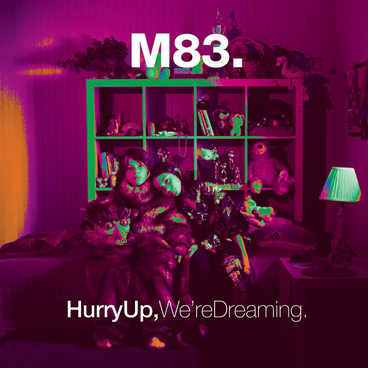 />
This is a serious piece of news that may have went under the radar. The set from M83 at this years Ultra Music Festival lasted all of 2 songs. Why you might ask? It was due to some pretty serious technical difficulties, and the software and hardware that musical genius Anthony Gonzalez uses to create his mind-bending and innovative music must be pretty complex. Gonzalez has said that he hopes to return to Florida soon and play a full set, but there is no confirmation. The M83 live show is quite impressive, and consists of 5 band members. Their most recent album “Hurry Up, We’re Dreaming” is the 6th studio album that they have produced, and has gained much acclaim and commercial success due to the track “Midnight City”.
anthony gonzalez

Big time gift for you folks. In addition to a big time remix package, we also have TWO HARD COPY FREE GIVEAWAYS for Marco…