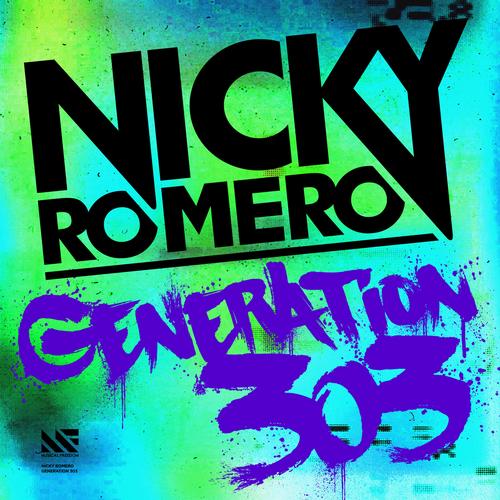 Generation 303 is one of those tracks that have been waited on for quite awhile. EO has been keeping you updated on the various developments surrounding Nicky Romero’s acid-banging masterpiece and now the day has finally come. This is Nicky’s first release on fellow Dutchman TiÃ«sto’s label Musical Freedom. This is going to be Nicky’s year, having been named #1 on the list of Most Anticipated Artists of 2012. In fact, a brand new remix that he completed for Madonna was played during her half-time Super Bowl performance Sunday. Between that and Avicii’s cameo for Bud Light, it is now conclusive that this is the era of beats.

Generation 303 takes the numerical part of its title from the Roland TB-303, an 80s era bass synthesizer that was the sound of acid and techno house. Generation 303 embodies the typical qualities of an acid house track, utilizing a repetitive almost trance like beat to bring the listener a sense of hypnosis, in addition to featuring short snippets of vocals. Nicky’s rendition of the genre is just terribly successful. It’s being played in regular rotation by any number of DJs, including Nicky, and should definitely be added to your daily listening routine.

Kaskade, recently released a preview for his newest track, a collaboration with Project 46. The track is titled ‘Last Chance’ and sounds like it…