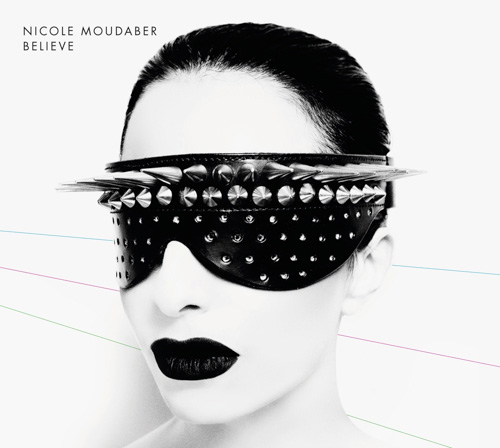 The queen of underground techno, UK-based producer Nicole Moudaber released her first full-length album today on Swedish label Drumcode. Drumcode previously released her collaboration with Victor Calderone, The Journey Begins EP, and her Sonic Language EP, two great places to start exploring Moudaber’s deep tech house sounds. Her recent remix of “Chemistry” by Carl Cox propelled her up the Beatport techno charts to where she is now: in demand at major New York clubs like Pacha and Cielo, as well as maintaining a residency at Space Ibiza.

Despite her prevalence on the club scene, we’ve only seen singles and short EPs from Moudaber until now, so hearing her create a fully-formed album is not only refreshing, but it proves she has the skills to continue her ascent up the ranks. The album opens quietly with the ethereal “Lumière Tamisée” then quickly breaks down into her signature rolling techno beats. After that, “Movin’ On” takes on a darker sound with a smooth, energetic drop in the middle of the track. This leads into “Take Hold,” a stand-out collaboration with techno great Adam Beyer that was recently highlighted in Rolling Stone. “Come And Lay” features Moudaber’s own vocals with a layering of jungle-inspired sounds. The album gets lighter after this, with “Do Your Thing,” “Fly With You,” and “Get On It” all showcasing Moudaber’s talent of creating different moods to suite the needs of the crowd. “Liberum Spirita” is a fast, beautiful track that is definitely a hit on its own. Right after this, “Big Love With No Apology” begins by bringing in a slower tempo, with noticeable breakbeat and trip hop influences. The closing track, “Can I Get Some,” returns to Moudaber’s dark tech house with clear, groovy vocals and the tight production that she is known for. It’s the subtleties of her techno that make it so alluring. The build-ups and drops might not be as loud and clashing as today’s mainstream electro house sounds, but they reward the extended listener when their drops do finally come rolling out, blending seamlessly with the tracks.

Nicole Moudaber will be touring throughout the United States and Canada this month, including a stop at Cielo in New York on May 23. Electronica Oasis is giving out two free tickets to the New York show and you can sign up here.

Just today, the soon-to-be banger, formally known as ‘Alesso – ID,’ was give a title. ‘Years’ will be one of the next massive releases…