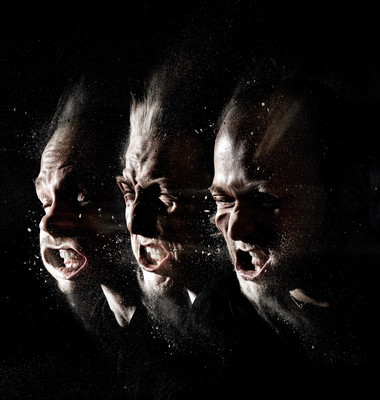 Noisia is comprised of 3 versatile Dutch producers that have influenced artists ranging from Deadmau5 to Wolfgang Gartner to Porter Robinson. Their full length debut, Split The Atom, was released in 2010 to critical acclaim, and Deadmau5 chose to re-release the album on his esteemed imprint mau5trap.

Noisia will tour across Europe and then head stateside for a select run of dates which include a headlining show at New York Cityâ€™s Webster Hall Friday, April 13, and anticipated performances at this yearâ€™s Coachella Valley Music & Arts Festival Sunday, April 15, and Sunday, April 22. Earlier today, Joel Zimmerman himself shared Noisia’s new work on his facebook and said “are you fucking kidding me right now?”. If you want to hear the music that is impressing arguably the most skillful producer of our generation, listen below and support these talented producers from the Netherlands!