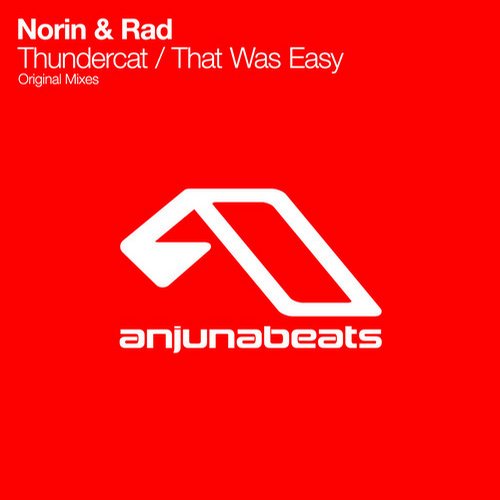 Chances are if you have been listening to Above & Beyond’s Group Therapy radio show, which is on every Friday, then you have heard Norin & Rad’s ‘Thundercat’. The world was introduced to this song at Above & Beyond’s 50th Group Therapy episode, which was streamed live from the Alexandra Palace in London, with live performances from artists such as the Russian producer Arty. The song also happened to be the Record of the Week on the Group Therapy episode last Friday.

The track is a sweet blend of trance and progressive house that starts off with a gorgeous piano melody that strategically builds into a tune that is impossible to not tap your feet to; let alone break out into a full dance. The track was released simultaneously with another track ‘That Was Easy’. ‘That Was Easy’ pushes the musical boundaries with some percussive progressions that give the song a much more gloomy or sinister feel.

Like Eagles the beats floated from Adrian Lux’s main stage set on the first day of Electric Zoo Festival 2012. It was almost a…