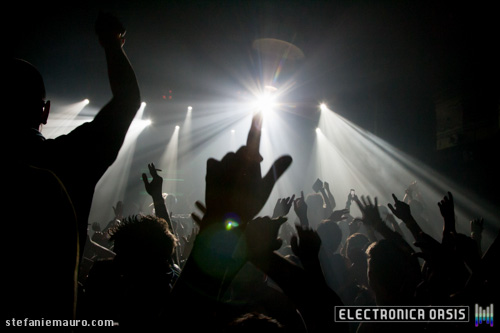 After a very wet and muddy first day of the Governor’s Ball Music Festival, we were happy to see a sunny and warm Saturday. But what we were really waiting for was the sun to set so we could head over to Webster Hall for the official after party. A line was already outside the club before the doors even opened, and as soon as they did festival-goers and clubbers alike wandered into the cavernous rooms of Webster. The brite nites party had begun. 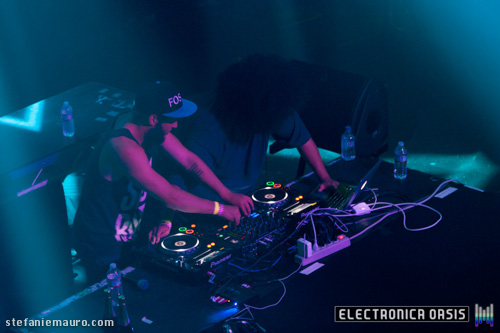 The first headliner of the night was Candyland, an eclectic duo from Southern California that only began producing last April. Despite their newcomer status, they played a great set of house, trap, and dubstep that wound up the crowd in preparation for Paper Diamond’s main set. Candyland was full of energy, jumping around the stage and interacting with fans, and ultimately spraying bottles of champagne on the lucky ones at the front of the crowd. 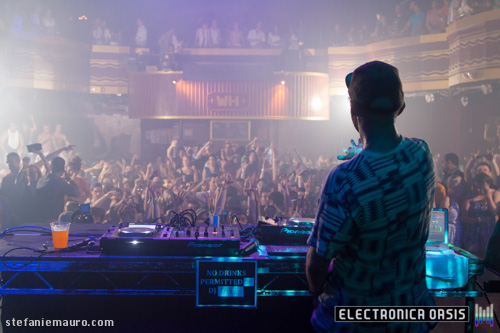 Paper Diamond brought a trap-heavy set, getting down and dirty as soon as he hit the decks. He threw in plenty of remixed crowd favorites as well as classic hip hop hits. With a cigarette hanging casually from his lips, he brought the house down time and time again. When he finally reached the end of his set, instead of leaving the stage, he jumped around to Lil Jon’s “Get Low” and the crowd went wild. 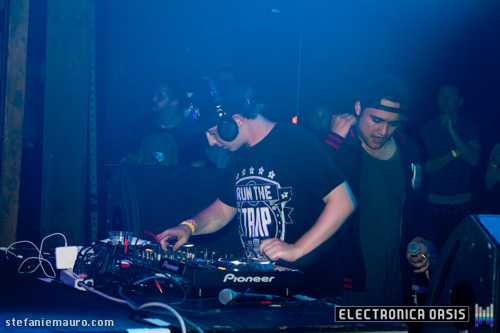 When Mt Eden took the stage to close out the night, the main ballroom was still packed to the brim and the crowd showed no signs of stopping. A New Zealand flag unfurled from the darkness of the upper balcony in support of the duo’s homeland. The two dropped their wildly viral hit “Sierra Leone” about halfway through their set and both DJs took turns jumping around the stage and at one point standing on the DJ table. 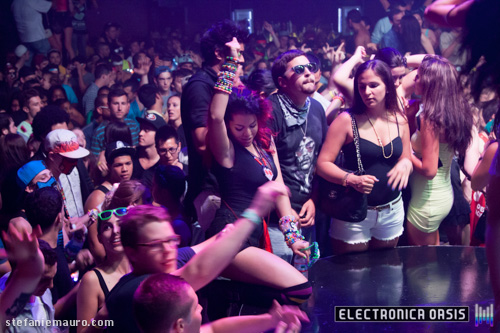 The energy was high throughout the night, with all three headliners giving excellent performances. The brite nites party also featured entertainment including dancers, fire spinners, and aerial acrobats that lit up the night. brite nites happens every Saturday at Webster Hall.

Check out more of our photos here.

PREVIEW: Martin Solveig – The Night Out (The Remixes)

‘The Night Out,’ the incredibly underrated Martin Solveig indie dance song from his ‘Smash’ album, will finally get its due respect when the official…