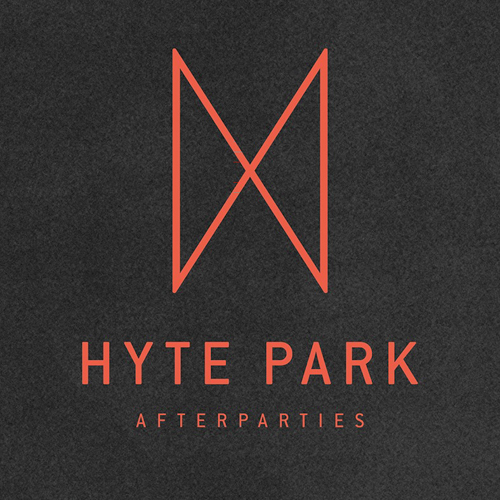 You have just raged in the hot, sweaty July sun for two days, trading coveted bottle caps at Governors Beach Club and subsisting on a diet of French fries and free water in tiny cups (hey, at least it was free). The sand has filled your shoes. A sort of festival animalism takes over, at which point you don’t understand how you are still standing until the sun sets and the heavenly darkness cools the heat. By the time Chris Liebing takes the stage wearing a German football jersey and grinning like a maniac, you have danced for about ten hours. So what’s next?

The afterparty, of course.

Hyte Park Festival is a fairly new institution on the growing New York techno scene. Only in its second year, Hyte put together the line-up of your dreams. From Drumcode heavyweights to up-and-comers, you could dance to your heart’s content. It didn’t matter that only one-half of Pan-Pot showed up (the other half was about to become a dad), because the beats were still deep and dark.

The official afterparty at Output took it to another level.

There is something to be said about going to a club on a Sunday night and seeing the crowd. There were many familiar faces from the festival and we were all united in our dedication to the music. Radio Slave opened the night at Output, with his hit ‘Don’t Stop No Sleep’ getting a lot of attention from the bigger DJs on the line-up that weekend. The message also rang true to the crowd, as the club began to fill up around midnight for Pan-Pot. Tassilo Ippenberger by himself was enough to bring down the house, we can’t imagine what would have happened had both of them been spinning. Riding the high of their World Cup win, the Germans Pan-Pot and Chris Liebing showed us no mercy with their Sunday night sets. Josh Wink‘s ‘Are You There’ was another track on repeat throughout the festival, with the Ben Klock remix as the preferred choice. We were also thrilled to hear a favorite from 2011, Liebing’s remix of Moby‘s ‘Lie Down in Darkness.’ With recent appearances at Mysteryland USA and Hudson Project, the long-standing Moby seems to be making a comeback with the younger generations of dance music fans. This delightfully brooding track set the mood for the rest of the night, as Liebing took the decks at 3am to push the speakers (and our ears) to a new definition of bass.

The crowd really was the perfect size and vibe, and we look forward to future Sunday night events. Start planning your sick days now, because Gary Beck (a Scottish DJ whose track ‘Blotch’ is a must-listen) will be at the Brooklyn club this Sunday, July 20, and doors open early at 8pm. Grab tickets here.

Can’t get enough techno? Listen to our Top 5 Tracks of Hyte Park Festival.

For more information on Output, including advanced tickets, click here.

You could be forgiven for not ever hearing of the song ‘Tracking Treasure Down’. After all, the song is nearly seven years old. However,…