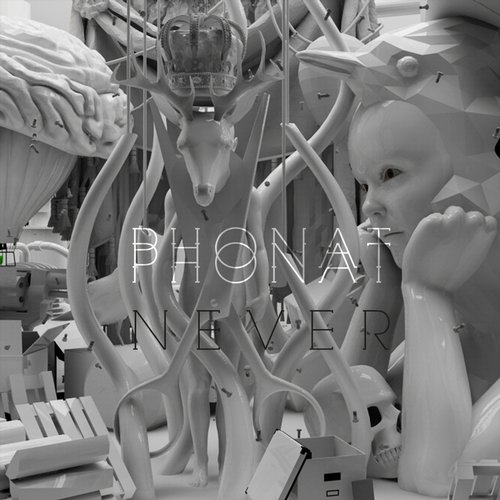 Phonat brings back the funk with his latest release EP ‘Never’. The four track EP released on OWSLA also features the Asa & Sorrow remix of ‘Never’, the Icarus remix of ‘Never’ and Phonat’s track ‘Phase to Face’.

The original edit of ‘Never’ hovers at a rhythmic 87 BPM, heavily weighted by a drum kick and driven by a smooth bass line. The synthesized chords and electronic guitar rifts of ‘Never’ are slightly reminiscent of a Ratatat-esque sound. The Asa & Sorrow remix of ‘Never’ complicates the percussion before subduing to a minimal tranquility before crescendo-ing into the vocals. The Icarus remix jacks up the speed slightly to a 105 BPM and remains true to the track’s inherent funk.

‘Phase to Face’, Phonat’s second track on the release, while technically cranking in at a fast-paced 144 BPM, harbors the slow-mo feeling of funk by incorporating a multitude of minimal sounds and noises that still communicate a light, ambient feel.

Check out this unique release from Phonat below!