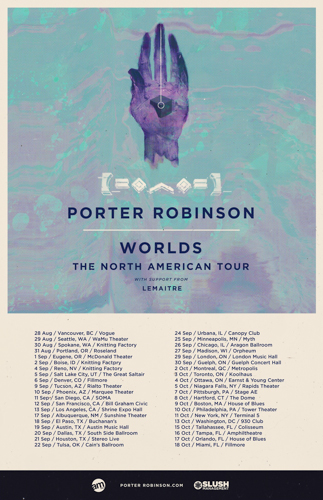 The album marks a new direction for the young producer, one you can sample with his latest tracks ‘Sea of Voices’ and ‘Sad Machine.’ His long-awaited tour was met with enthusiasm from his dedicated fan base, who have supported him throughout his hiatus. Porter has said that he’s been working on this show production for a while and that it will be brand new and unlike anything he has done before, much like his new music. Check out out the tour schedule and let us know what you think!

Tickets go on sale at 10am local time this Thursday, May 22.

Sympho Nympho was a buzz name during Miami Music Week, unsurprising giving the superstar power that is behind the group, namely Erick Morillo, Harry…