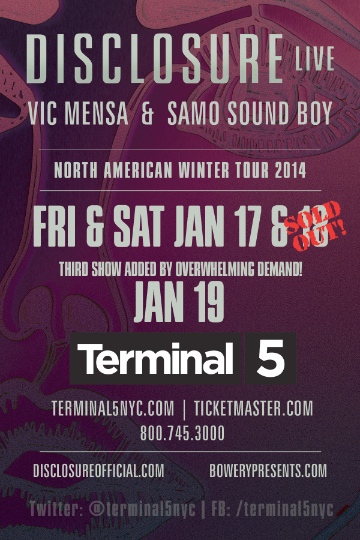 The boys are back in town! Guy and Howard Lawrence, more formally known as Disclosure, return to New York City this weekend for three days of non-stop music. After selling out Central Park Summer Stage this past August, which catalyzed an onset of competitive secondary market ticket sales, the two brothers locked down three consecutive dates at New York City’s Terminal 5 where they will perform live, along with after-parties on Friday and Saturday at Webster Hall and Output where they will perform a DJ set.

Tickets for the Terminal 5 shows are sold out. If you choose to purchase a ticket in the secondary market, beware of fake Craiglist tickets!