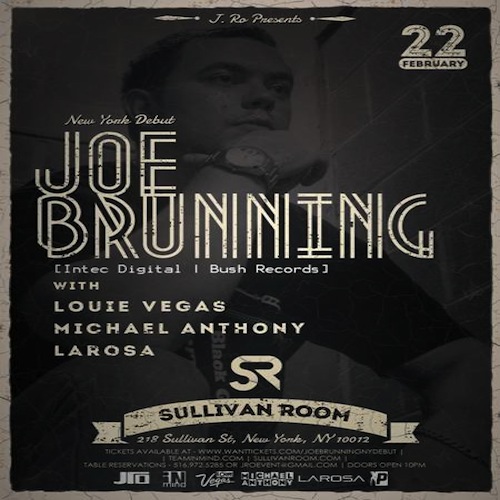 On February 22nd, the DJ/producer who created the mammoth track “Now Let Me See You Work”, Joe Brunning finally makes his NYC debut at the dungeon-esque venue other wise known as Sullivan Room. The dimmed lights and brick walls of Sullivan Room will only enhance the vibe that the once announced youngest “UK DMC” is going to cook up – honing his own style of dark, latin-infused techno. Being highly supported by legendary acts such as Carl Cox and having original productions on Bedroom Bedlam, Cr2, and of course Intec Digital – this is not a debut that you want to miss!

The fun doesn’t stop there as Brunning has Louie Vegas, Michael Anthony, and Larosa to start off the night with the perfect groove.

Hope everyone had a great weekend regardless of the awful weather. I have been a resident of Suffolk County for about 15 years and…