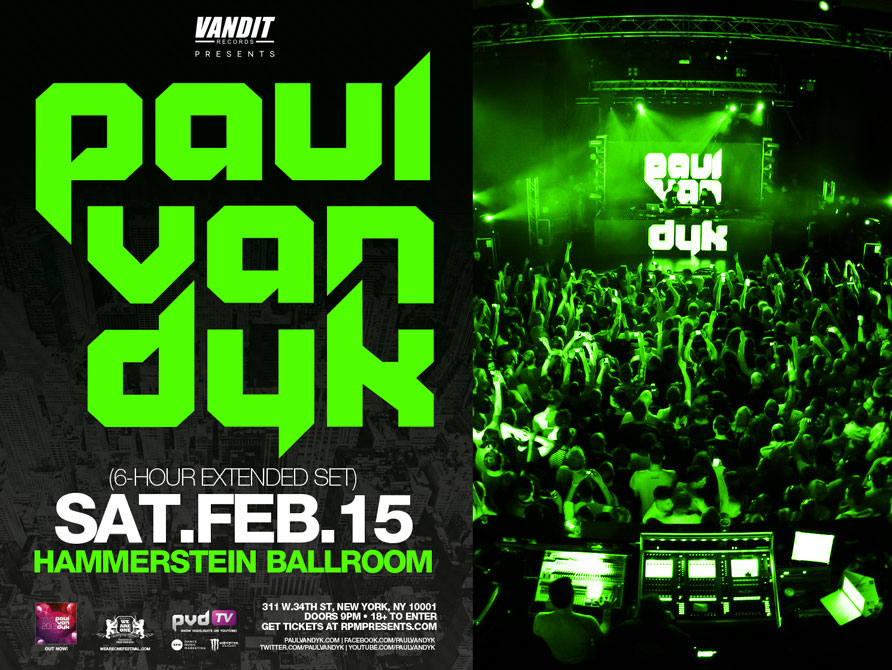 One month ago, by means of an Instagram post, Paul Van Dyk told New York City, ‘#BeMyValentine.’ In other words, the trance legend informed his audience that he would be snuggling up to New York City Valentine’s Day weekend with a 6-hour extended set.

All those lucky enough to catch Paul Van Dyk the last time he spun a 6-hour set in NYC know that February 15th is not a night to miss! Prepare yourselves for six non-stop hours of foot-stomping, vocal-belting, pure trance.

Tom Swoon, Lush & Simon – Ahead Of Us

Lush & Simon have been on a roll lately, and their newest track ‘Ahead Of Us’ is pure beauty. It has gotten early support…