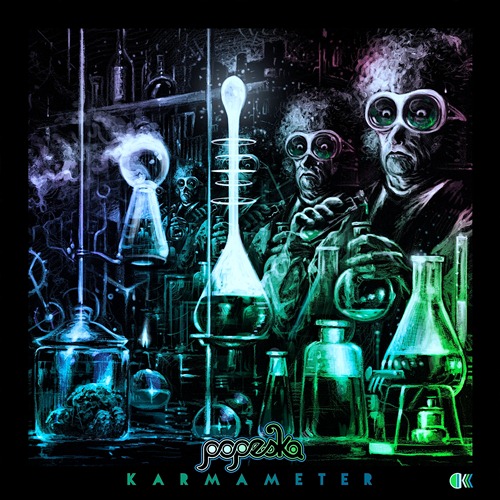 Joining the school of young bloods out there is Popeska – a super talented 19 year old producer out of Atlanta who just finished his first full EP entitled ‘Karmameter.’ Testimony to his prowess is the EP is set for release Sept. 17 on Kindergartner Recordings, Wolfgang Gartner’s newly rejuvenated label. Anyone the wolf man endorses is kosher in our book.

A further testament to Popeska’s abilities was his opening set for Wolfgang Saturday night at the Kindergarten Records launch party held at WIP in NYC (yes that club where Drake and Chris Brown got into a tiff). Despite being almost danced out from Electric Zoo, Popeska really got the crowd rumbling and caused chatter about just who this kid was. Glad we found out. We are truly looking forward to hearing the full length EP upon its release Sept. 17.

By all means, an epic find again as it’s been identified as aÂ Rob Threezy creation. Coming off two of my favorite tracks; ‘Chicago On…