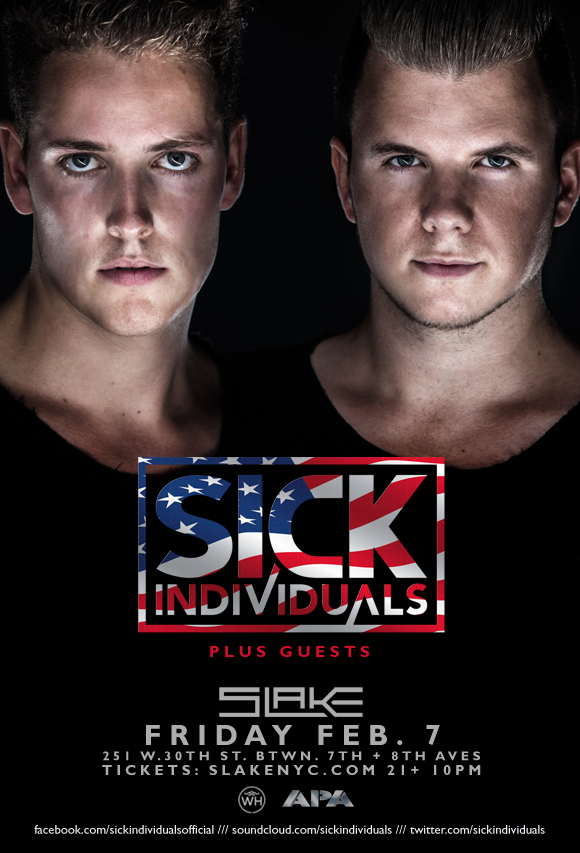 This Friday, February 7th, Sick Individuals take their 2014 North American tour to New York City’s Slake. After quite the successful 2013, with their collaboration ‘Blueprint‘ with Dannic shooting straight to the number one slot on Beatport’s charts, Sick Individuals has become one of the leading names amongst the fresh new wave of talent emerging from The Netherlands.

This past August, Sick Individuals warmed up Governor’s Beach Club when they performed at Robbie Rivera’s New York installment of Juicy Beach. The boys threw down a set jam packed with progressive and electro-house favorites that transported the crowd to new heights of house music euphoria.

Tickets for this Friday’s event are still up for grabs, but grab yours before they sell out!

While he may not be a household name (yet), German producer Tai already boasts a musical resume that could rival many of the top…