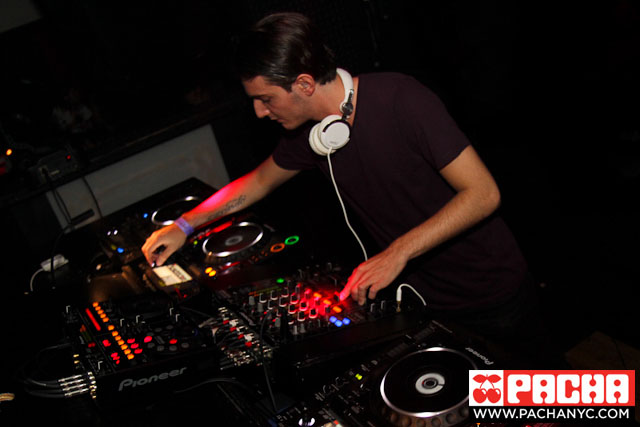 Undoubtedly Alesso inspired many hangovers after destroying Pacha Friday night. Going out the night before New Yearâ€™s is generally an aggressive endeavor, but the Swede made it worth everyoneâ€™s while. Spinning for three hours, Alessoâ€™s set ran the gamut of all the tracks you want to hear right now, many of them his own.

The packed house at Pacha was a testament to the popularity and pull of EDM, given that Afrojack was also playing a sold out show just a few blocks away at Roseland Ballroom, meaning that thousands of ravers descended upon the NYC house music meccas all at once.

Friday marked Alessoâ€™s first headling show at Pacha, following his opening gig for Sebastian Ingrosso in June. His show sold out well before the actual date, and the entire place was filled to the brim. Everyone was still moving at 4 am when Alesso played his last track. Wading through the crowds was daunting, but worth it to get close to the master at work. Alesso frequently got on the mic to pump up the revelers and everyone responded with much love.

More videos, tracks and info after the jump!


In the course of the night Alesso also dropped a new, unnamed track that will certainly be a hit when he releases it. The track features an extended lead-in with distinctive drum beats and progressive piano chords transitioning into warming big house vibes. Basically every track that Alesso releases is a huge hit. The crowd never stopped going wild throughout the whole night.

In proper fashion, Avicii stopped by to hang out in the booth for a few minutes with his Alesso â€“ they are pals from back home in Stockholm. Alesso dropped Aviciiâ€™s track with Nicky Romero, sometimes called Fuck School, while he was chilling.

Cazzette – Beam Me Up

Electro house dubstepping duo Cazzette unveiled their brand new, and first ever, video for their single ‘Beam Me Up,’ as a preview to their…