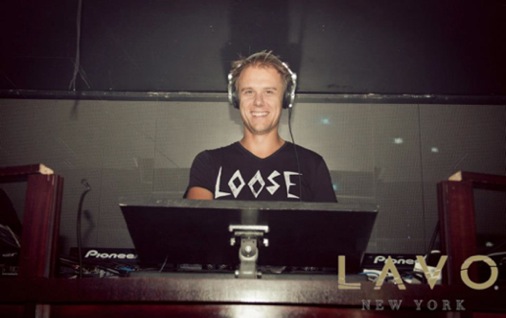 Whenever Armin van Buuren announces that he is coming to town, it’s big news, just as it was when the announcement came out that he was going to be performing at Lavo for DJ Mag’s annual celebration party. The king of trance and Armada Label boss has now been named DJ Mag’s #1 DJ for a record 5 times, and has become the first DJ to re-claim the title after dropping to the second slot for one short year. The past month has been an extremely busy one for Armin, between live broadcasting from the Amsterdam Dance Event to announce the locations of A State of Trance 600, to the whirlwind tour of shows he has embarked upon for DJ Mag since being named #1.

Given that Armin’s show in NY was slated for Lavo, the inevitable grumbles from hard core trance heads and Armin fanatics were palpabable, but tickets were available for the show and the effective crowd that managed to mosey their way into the subterranean club was attired in a suitable mix of bandage dresses and trance family t-shirts. Although Armin started off a bit commercial, his set wove a lyrical narrative that showcased the skills that have made him a top producer, DJ and advocate for trance music over the span of his career. 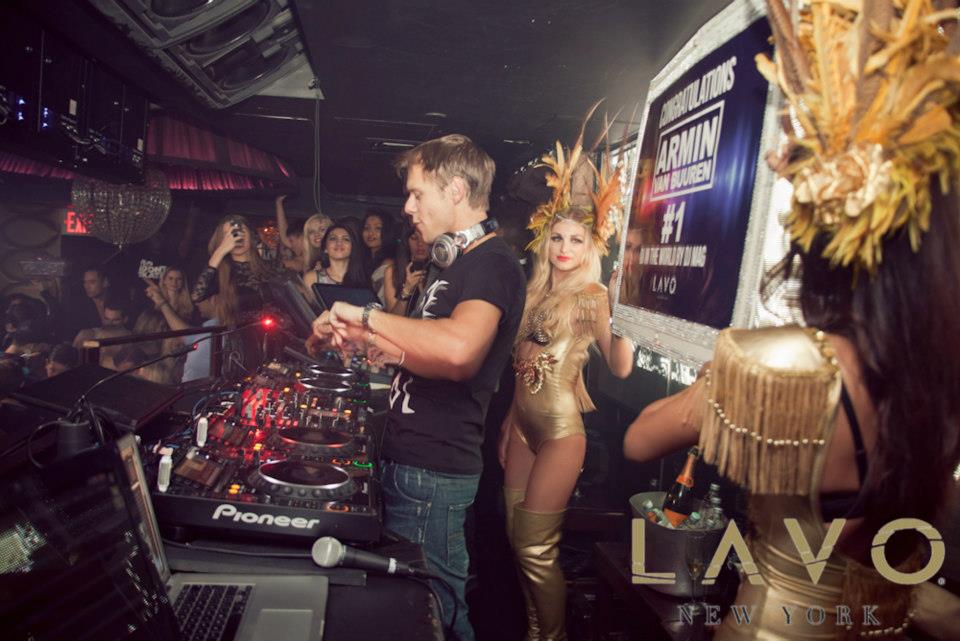 Despite the insanely packed confines, Armin managed to keep the crowd engaged with his masterful command. Some favorites from the track choices included ‘We Are Here To Make Some Noise,’ ‘I’ll Listen’ featuring frequent vocal companion Ana Criado and his collaboration with fellow dark trance star Markus Schulz ‘Loops & Tings,’ which Ferry Corsten premiered during his 250th countdown live from Sirius in NYC.

Cities around the world had been campaigning for months to have Armin bring his ASOT 600 live tour to them, and on Oct. 18 he finally announced live from the Escape club in Amsterdam the first dates and cities of his A State of Trance 600 world tour in 2013. Between February and March 2013, â€˜The Expeditionâ€™ world tour will take place in cities such as Kuala Lumpur, Beirut, Den Bosch, Mexico City, Sao Paulo and New York, along with a return to Den Bosch in the Netherlands April 6.

Theo Keating, known mainly as Fake Blood, began his career with Paul Eve and the two were part of The Wiseguys and their most…