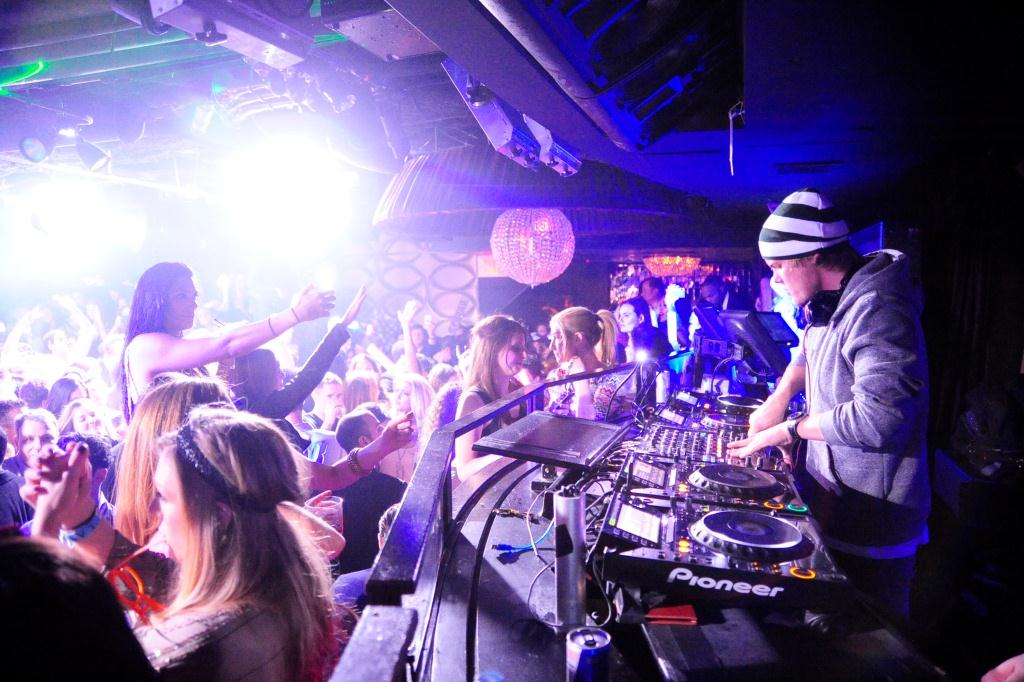 Everyone’s favorite young Swede Avicii, born Tim Bergling, is halfway through his House for Hunger tour, spearheaded in conjunction with his At Night manager/mentor Ash Pournouri. $1 million of gig fees from the 26 show, 27 day tour will go to the non-profit Feeding America, the nationâ€™s largest hunger-relief organization comprised of more than 200 member food banks across the country. To cut costs and maximize the donation, Avicii and his crew are transversing the country by bus, taking in the sites of our great and scenic nation. It is certainly a hearty endeavor that the team took on – even for an able bodied young person the schedule is grueling. Avicii noted Tuesday that he and Ash took some time to volunteer at the New York City Rescue Mission in Chinatown, which was likely both a welcome respite and fulfilling activity.

At just about the midway mark of his admirable effort, Avicii came back to Lavo for the first time since last January on a previous TBA date on the tour. If there is any place to raise money, its certainly Lavo. NYC is a giving place and those who frequent the midtown club were certainly willing and able to pay big bucks to see one of the top and most popular DJs in the world play a set in a tiny and intimate space. Word broke early Monday prior to the event that Avicii would indeed be making an appearance at Lavo, and the response was overwhelming. Advance charity tickets sold out in seconds and tables were going for thousands. It’s been well-known since its inception that Lavo pulls the biggest name, and a testament to that fact is that already that week TiÃ«sto threw an even more last minute party the Tuesday prior.

Click through for the rest of the review and tracklisting! 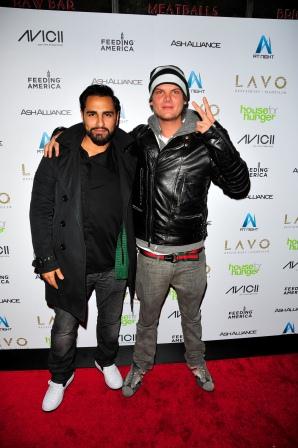 The crowd and mood at Avicii’s show was beyond electric. Everyone who was there had either moved mountains or paid a great deal of money to be there, which led to a dedicated crowd who knew all of Avicii’s now iconic music by heart. It was clearly not a typical night, the zoolike atomosphere was enhanced by the horns and fog machines and all around revelry. Avicii’s two hour set was filled with banger after banger, hitting everyone with the melodic force that his music is known for. As far as producing goes, Avicii is top notch and his DJing skills are catching up as he continues to hit the road more and more. Just over a year ago Avicii, which means the lowest level of Buddhist hell, was not a name that most would recognize. Now he is being written about in the Wall Street Journal, USA Today and the New Yorker. Not too bad for a kid from Stockholm who is barely old enough to drink during his stateside gigs and picked up the art of production via YouTube. Stay tuned for what he does next…

To find out more about House for Hunger and Feeding America and what you can do to help go HERE.

Even though the teaser was released today, many of you have probably heard this track for a while. If you listened to Dash Berlin’s…