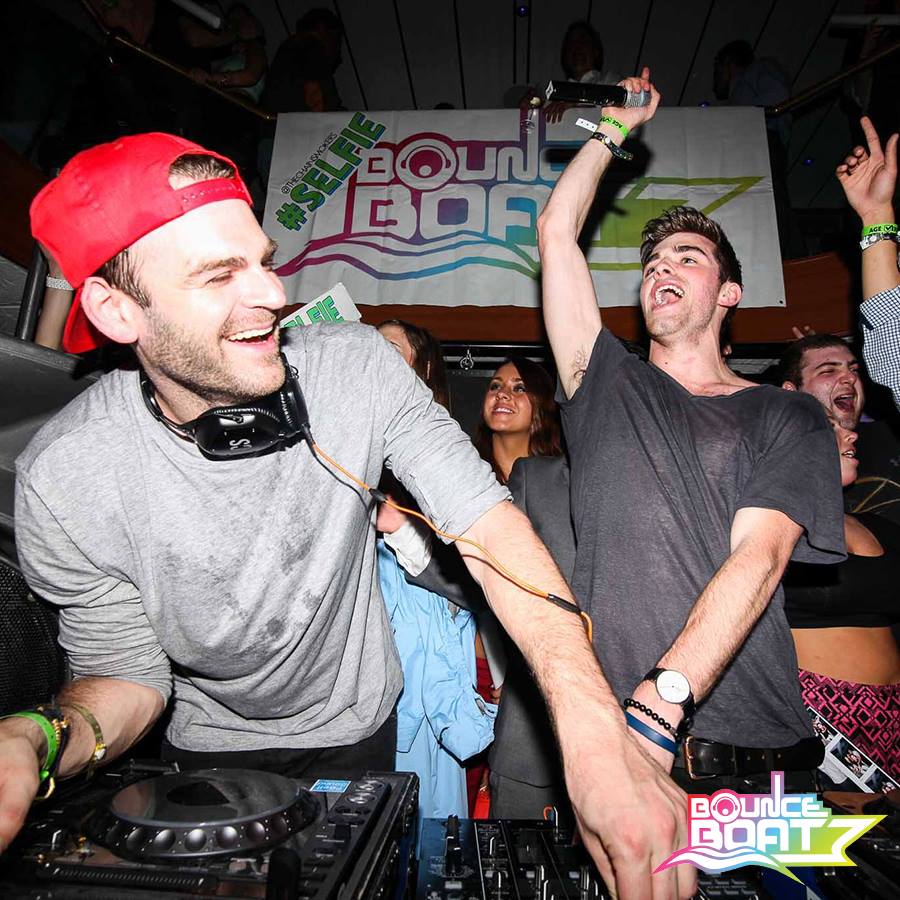 Bounce Boat may be the most underrated party in all of New York; however that will quickly change once word gets out about last Friday night with The Chainsmokers. What is cooler than partying on a huge yacht filled with over 1000 people, the hottest producers in dance music (The Chainsmokers) and booze? We can’t think of anything else! The weather was gloomy, but as soon as you got to Pier 40 you could just feel an unbelievable energy from the line of people waiting to board the sold out Hornblower Infinity.

There are 3 floors on the boat: main stage, atrium stage and the sky deck (obviously closed because of the weather). The main stage is perfectly set up with an unreal LED system and PUMPING speakers. The VIP balcony overlooking the main floor featured a solid setup as well, with tables and a chance to see all the mayhem occurring below. The boat left slightly later than expected, but that didn’t matter because once you were inside; all you wanted to do was rage to the music.

We got to hang out with the guys before the show and they are truly something special. We have known them for a while but haven’t hung with since the #SELFIE insanity. They are still genuine, down to earth dudes who haven’t let their fame creep to their heads. They were having as good of a time as anyone else and things only went up from there. Anyone who opens up with The Titanic theme has to be awesome, right?

Let us say one thing, the opening duo from LA Goshfather & Jinco put on a show. They really got the crowd moving with a heavy mix of electro, trap and hip-hop. Their variety and intensity on stage functioned as the perfect opener for The Chainsmokers.

Alex and Drew took to the decks for two hours and spun a perfect balance of electro and progressive that included many of their remixes and, of course, #SELFIE, which was mixed into the ‘Creaky Jackals Festival Trap Remix’ at the second drop. At that moment, the crowd completely erupted and the boat was literally shaking from people jumping and dancing. The set continued with some of their remixes that really brought the guys into the spotlight over the past year. Another crowd favorite was ‘Habits’, their remix to Tove Lo’s hit track. Containing one of the catchiest melodies out of The Chainsmokers productions, Over 1000 people went nuts when it was played. There were exotic dancers and girls in robotic suits frolicking around the boat as this all went down. At one point, Alex picked up the speaker and was going bananas. The amount of energy The Chainsmokers puts into their shows is unreal and brings the crowd to a different level. The party didn’t stop when the boat arrived back at Pier 40, but continued to Webster Hall for the after party.

Overall, we have to say Bounce Boat is a fantastic experience. Between beautiful people, music, drinks and unreal views of New York City, you can’t go wrong here. This will be a must attend event for the rest of the Summer and we will be there to experience it. Look for some big name headliners as well.

Check out our #SELFIE with the guys! Make sure you check out all event photos at our Instagram ElectronicaOasis 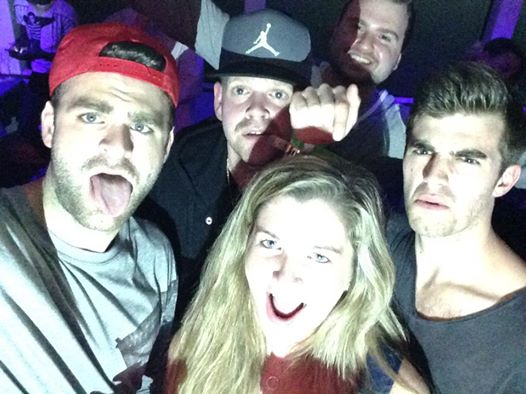 Everyone here at EO is proud to present Volume 1 of our Power Hour . We all decided to take some of the best…