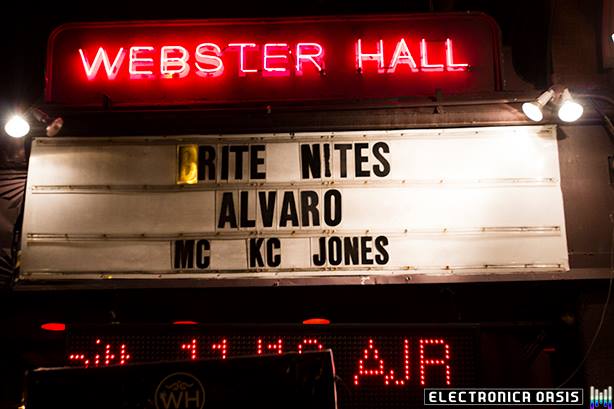 By New York City nightlife standards, brite nites is a very young party. It hasn’t even been running for a year yet, but it presents itself in a way that would make you think otherwise. It runs seamlessly, without a hiccup, and it takes all hands on deck in order to do so. Whether it’s recruiting and booking the next hot act, or twirling batons of fire on stage, it is a collective effort of hard work and preparation that has helped give brite nites its great reputation in such short time. It’s really a testament to the experience and work ethic of Area Events that they’ve had such a great run so far. This past Saturday with Peruvian DJ, Alvaro, was no different. 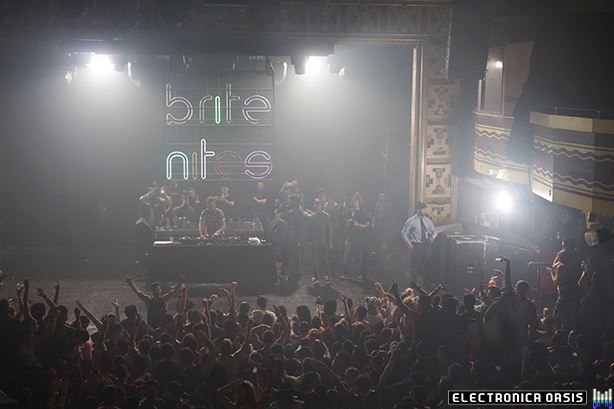 He triumphantly took the stage around 1:00am to the sounds of his own monster track, “Make The Crowd Go!” The song’s big-room, electro-tribal feel makes it a great intro track for Webster Hall. What followed was surprising, a nearly three-hour, perfectly sculpted, musical journey. He started off with quick transitions, and a lot high energy tracks that have the same feel as his opening song. He played a lot of Showtek, which is perfectly OK as far as we’re concerned. As he progressed through the set, he began transitioning from the larger drops, to harder drops, playing more conventional electro, if you will. He dropped “Yee” by Deorro, and Hardwell’s “Apollo(Club Life Remix)”, followed by even more Showtek. As the night began winding down he mellowed out the crowd with some progressive house. From the speakers came “Calling”, and “In My Mind”, and to be honest, it was actually kind of nice to hear them. When his set came to an end at around 4am, the diehards who stuck it out made the balcony of the main ballroom shake as they chanted for one more song. Alvaro obliged with, you guessed it, more Showtek, and the crowd erupted. 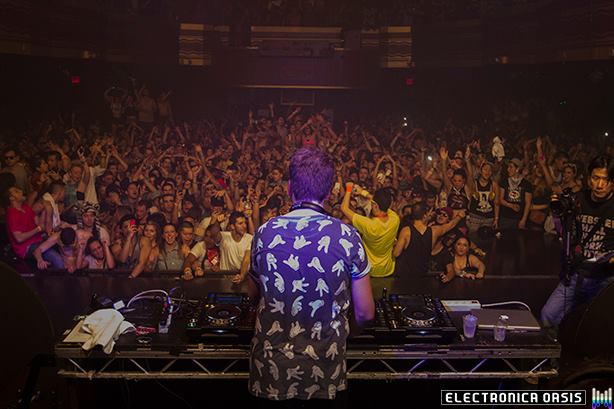 This past Saturday at Webster Hall was a deep breath of fresh air. Seeing a set that dances around the three-hour mark is fun, and enjoyable, no-matter who, when or where it is. Add in the fact that brite nites makes the logistical, and operational aspects of running a show look easy, and we had one helluva night.

Psyche! No – this is not another ‘Levels‘ remix, just two dudes messing around on their iPhones. Those two guys being Zedd and Dillon…